France v Scotland set to go ahead despite Covid-19 outbreak

Scotland’s Six Nations match with France is set to go ahead as scheduled on Sunday, despite a Covid-19 outbreak in the French camp.

The Test had been in doubt after France head coach Fabien Galthie tested positive, followed by 10 players and two members of staff.

But subsequent rounds of testing on Tuesday and Wednesday revealed no further positive cases.

The Six Nations confirmed they plan to stage the match in Paris as planned.

“We continue to monitor the situation very closely and are in regular contact with both unions,” a statement read.

Gregor Townsend’s men sit fourth in the table, having followed their historic victory at Twickenham with a one-point home loss to Wales, while unbeaten France top the standings.

The hosts will be without a host of key players, including captain Charles Ollivon and star scrum-half Antoine Dupont, who are now isolating.

Galthie has been involved in coaching sessions remotely while isolating, and several players have been called up to replace those ruled out.

A postponement could have left Townsend without over 10 members of his squad, who would have to return to their clubs in England and France due to World Rugby player release regulations. 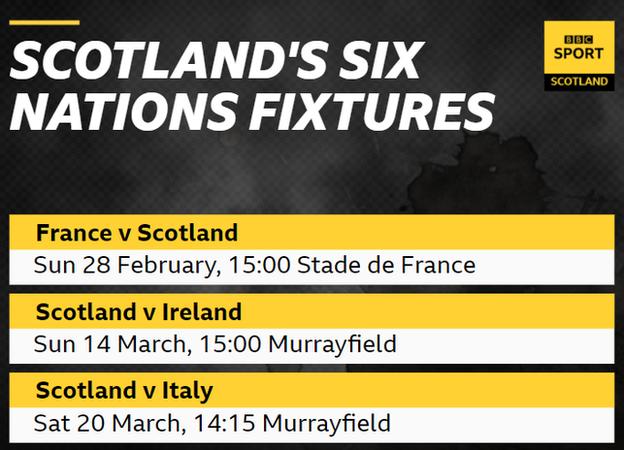