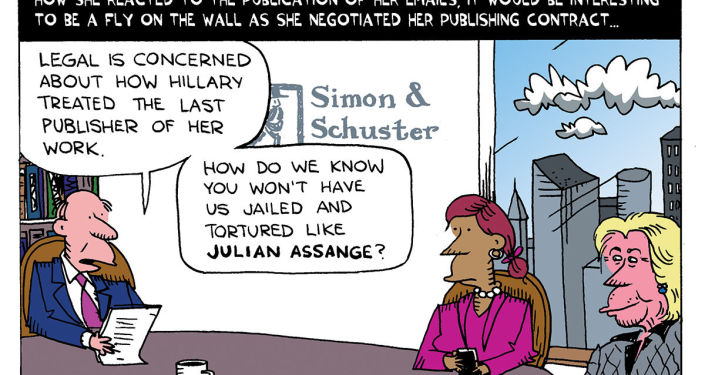 Clinton and longtime friend, author Louise Penny, will be joining forces to pen an international political thriller novel titled “State of Terror” that will arrive on bookshelves in October, it was announced Tuesday.

A synopsis of the yet-to-be published book states that the novel will follow a “novice secretary of state” who happens to join the administration of a rival. The thriller will follow the individual as they investigate a “deadly conspiracy” amid a series of terrorist attacks that “throws the global order into disarray.”

While it’s safe to say Clinton will definitely lean on her own political undertakings, it’s anyone’s guess how much of her experience will make it into the book, and if readers will be able to pinpoint any hidden gems.