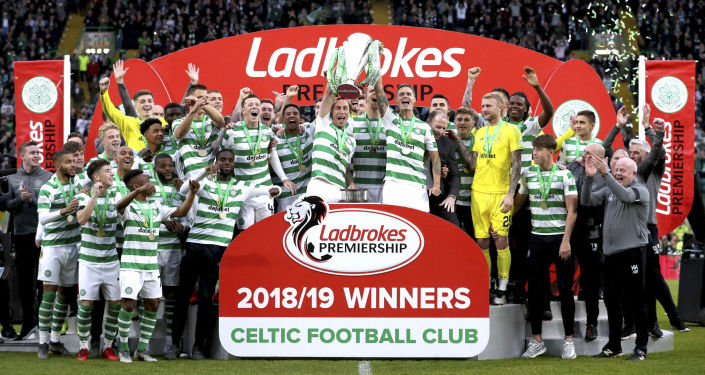 Neil Lennon has resigned as manager of Glasgow Celtic after a disastrous season for the reigning Scottish Premier League champions.

Three days after losing to Ross County the club put out a statement on Wednesday, 24, February, saying: “Celtic Football Club today announced that Neil Lennon has resigned from his position as football manager with immediate effect.”

​Lennon’s assistant manager, John Kennedy, will take over as caretaker manager but Glasgow is abuzz with rumours that Frank Lampard – sacked as Chelsea manager last month – will get the job and go head-to-head with Ranger manager Stevie Gerrard, his former England team-mate.

Social media is full of talk about Celtic’s next manager but Lampard is not the favourite, that honour going to Eddie Howe, who resigned as manager of Bournemouth in the summer after they were relegated from the English Premier League.

​Lampard scored 29 goals in 106 appearances in England’s midfield, many of them alongside former Liverpool player Gerrard, who scored 21 goals and won 114 caps.

The pair both began their managerial careers in 2018, with Gerrard taking the helm at Ibrox and Lampard being appointed at Derby County.

But the following year Lampard was picked by Roman Abramovich to be the new manager of his old club Chelsea, while Gerrard has got Rangers to the point where they are on the verge of the club’s first SPL title since 2011.

​Rangers almost went bust in 2012 and because of financial irregularities were demoted to the Scottish Third Division. But they fought their way back to the SPL and are now odds-on certainties to win the trophy, Gerrard’s first as manager.

Lampard would be tempted by the prospect of taking on Gerrard, although he may wait for a job to come up in the English Premier League.

© AP Photo / Scott Heppell
Rangers’ manager Steven Gerrard sits on the bench during the Europa League round of 16 first leg soccer match between Rangers and Bayer Leverkusen at the Ibrox stadium in Glasgow, Scotland, Thursday, March 12, 2020

Lennon has won five trophies at Celtic since February 2019 – to add to his three League titles in his first spell – but this season has been a disaster for the Bhoys, who trail Rangers by 18 points.

On the club website Lennon said: “We have experienced a difficult season due to so many factors and, of course, it is very frustrating and disappointing that we have not been able to hit the same heights as we did previously. I have worked as hard as ever to try and turn things around, but unfortunately we have not managed to get the kind of run going that we have needed.”

Tensions Reported Between Protesters and Police in Catalonia – Videos