Bucs would be ‘elated’ to extend Brady’s deal 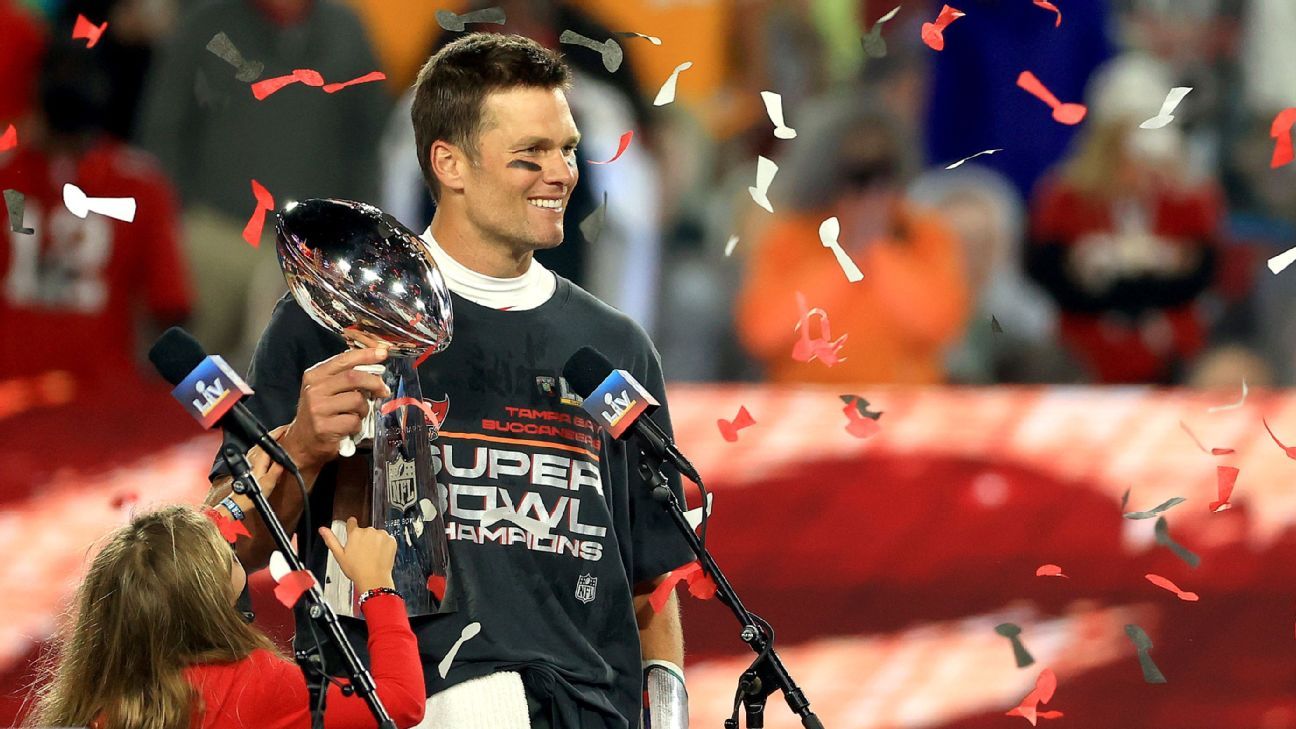 Buccaneers general manager Jason Licht said Thursday that he and coach Bruce Arians would be “elated” if they could get a deal done with quarterback Tom Brady to keep him in Tampa beyond his two-year contract, which will end after the 2021 season.

Licht said Tuesday on the Rich Eisen Show that signing Brady to extension is a possibility, but declined to discuss the specifics of any conversations with Brady’s agent Don Yee when asked Wednesday in the Bucs’ pre-combine and free agency zoom conference.

“Bruce and I both have a great relationship with Tom, and I have a good relationship with his agent,” Licht said. “We thought Tom played incredibly well this year, along with the entire team. We would love to have Tom play here — I can speak for Bruce — I think as long as he continues to want to play. If that comes to fruition at some point, we’d be elated. But I’d like to keep those conversations private right now.”

Brady, 43, is set to earn $25 million next season. He had previously said his goal was to play until age 45, but Brady said last month the week of the Super Bowl that he would now consider playing beyond 45. Brady would be 44 next year and tacking on a year to his deal would keep him under contract through his 45th birthday.

A new contract would not only ensure more long-term stability at the position, but could help the Bucs’ salary cap situation. They will have less than $30 million in salary cap space, with a number of high-profile players who need to be re-signed, including Pro Bowl wide receiver Chris Godwin, inside linebacker Lavonte David, outside linebacker Shaq Barrett, tight end Rob Gronkowski, wide receiver Antonio Brown and running back Leonard Fournette.

While there is uncertainty as to whether or not there will be an offseason program, Arians anticipates Brady would be recovered from his offseason knee procedure and ready to fully practice by early summer. If there is no offseason program this year, they could lean on Brady’s player-organized workouts similar to what he led at Berkley Prep last summer.

“I think he’s probably looking [at] somewhere around June, right now, from what I hear,” Arians said. “His leadership — he doesn’t have to be out there throwing it anymore. He can be there standing and coach the s— out of them. Wherever they meet and work out — I’m hoping we have an offseason for the younger players. Tom doesn’t need it, but for the younger players — first-, second-, and third-year players — we’ve missed two years of player development with where we’re at now. We don’t need to miss another one.”

Licht also said he “expects” center Ryan Jensen and left tackle Donovan Smith back next year. Both are under contract but neither are due any guaranteed money. With Smith set to count $14.25 million against the salary cap this year and Jensen $10 million, some had questioned if they’d be cap casualties. But the Bucs were thrilled with their performances down the stretch and in the postseason.

“We love Ryan and Donovan,” Licht said. They played a pivotal role in our offense — in their protection, in the run game. We envision Ryan and Donovan both being on this team. We expect them, not just envision them.”