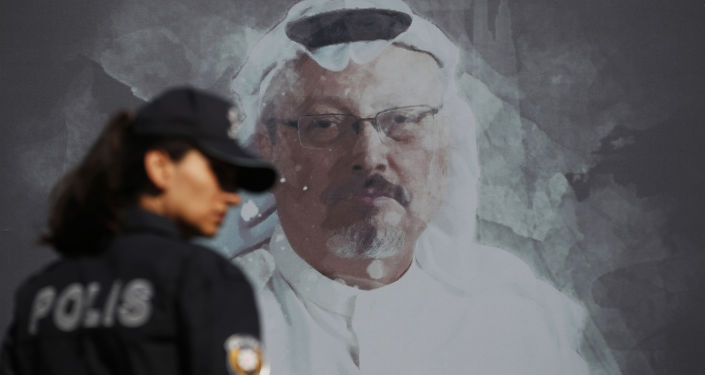 President Joe Biden plans to call Saudi Arabia’s King Salman sometime Wednesday before Thursday’s release of a potentially damning US intelligence report on the killing of journalist Jama Khashoggi implicating the sheikdom’s crown prince, a source said to be briefed on the call has told Axios.

The Biden administration announced plans to declassify the Office of the Director of National Intelligence’s summary on the Khashoggi killing in January. The report was ordered by Congress in 2019, but then-President Donald Trump blocked its public release, with the ODNI instead sending congressional leaders copies of a classified assessment by the Central Intelligence Agency. That assessment concluded ‘with a high degree of confidence’ that Crown Prince Mohammad bin Salman was involved in the plot to kill the journalist.

Khashoggi was killed and dismembered inside the Saudi Consulate in Istanbul, Turkey in October 2018 after being lured inside on the pretext of getting papers for his upcoming wedding.

Saudi authorities initially denied any involvement, but later reported that he was killed in a “premeditated” plot hatched by rogue elements of the security services. The kingdom put five officials to death and sentenced three others to a total of 24 years in prison in late 2019 in connection with the Khashoggi killing. In late 2020, a Saudi court made a final ruling on eight others found guilty in the case, sentencing five to 20-year prison terms, and giving three others prison terms ranging from 7-10 years. The Saudi Crown Prince denied being personally involved in the plot, but took partial responsibility because the killing ‘happened on his watch.’

The US Senate unanimously passed a resolution holding Salman responsible in 2018. The House of Representatives then narrowly blocked a proposal to halt arms sales to the kingdom for its ongoing war in Yemen.

The Biden administration halted the proposed sale of $760 million-worth of guided munitions to the kingdom in early February as part of its commitment to end all US support for offensive operations in Yemen. It later removed Yemen’s Houthi movement from its list of designated terrorist organizations to facilitate the transfer of humanitarian aid to areas under the rebel group’s control.

On the campaign trail, Biden attacked Crown Prince Salman repeatedly and suggested that Saudi Arabia should be a made “the pariah that they are” over its alleged human rights abuses.