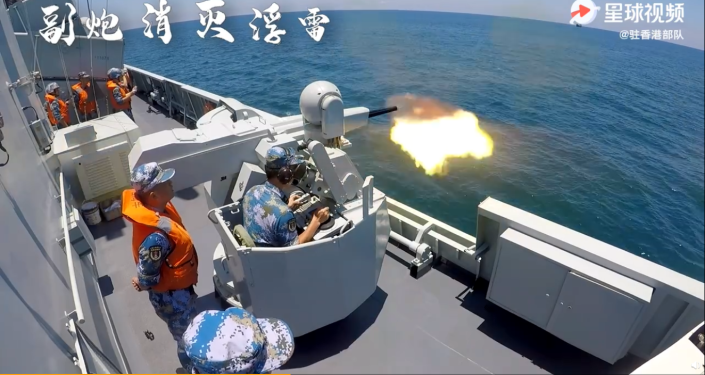 Beijing announced on Wednesday it will conduct joint military drills with Singapore in a bid to strengthen defence capabilities with Southeast Asian neighbours.

China’s Defence Ministry said in a short statement the drills with the Singapore Navy would involve search and rescue operations along with communication exercises.

The exercise was “a consensus reached by the two navies, aimed at enhancing mutual trust, deepening friendship, promoting cooperation, and jointly promoting the construction of a maritime community with a shared future,” Chinese naval spokesperson Gao Xiucheng said in a statement.

Both parties also agreed to increase the scope and scale of current bilateral exercises, the report added.

The announcement comes amid rising tensions in the South China Sea with the United States and the ongoing COVID-19 pandemic, which has disrupted Beijing’s plans to boost military ties in the region, the SCMP reported.

The news also follows alleged freedom of navigation operations from Washington in the South China Sea in February, despite many plans being blocked by the ongoing pandemic.

China’s massive joint exercises with Cambodia’s military, following the two nations’ Golden Dragon drills, were due to take place in March but were suspended by the latter, citing the pandemic and heavy flooding in the country, the report read.

“Even if China is keen to engage in more intense defence diplomacy, the Southeast Asian partners have to be similarly willing and enthused about it. Much of the governments’ attention has been on pandemic control – for which their militaries are also quite heavily involved in routine day-to-day operations, especially border security – which has consequently reduced their bandwidth to engage in as much defence diplomacy as they would have desired,” Collin Koh, maritime security analyst for Singapore S. Rajaratnam School of International Studies said in a statement as quoted by the SCMP.

But Koh noted the joint China-Singapore exercises were a sign Beijing aimed to consolidate ties with Southeast Asia.

The developments come after US President Joe Biden pledged to strengthen alliances in the South China Sea, namely by supporting the Philippines in a potential military conflict with China.

But according to Koh, there would be “little change expected in the Biden administration’s policy towards China” and that Beijing would improve its “defence diplomacy in Southeast Asia”.

The news follows a row between China and the former Trump government after the latter told Japanese media a “forceful” response was needed to counter Beijing and urged Quad Talk members Japan, India and Australia to form a coalition.

China slammed the move as creating “political confrontation” and called on Washington to abandon its “Cold War mentality”.