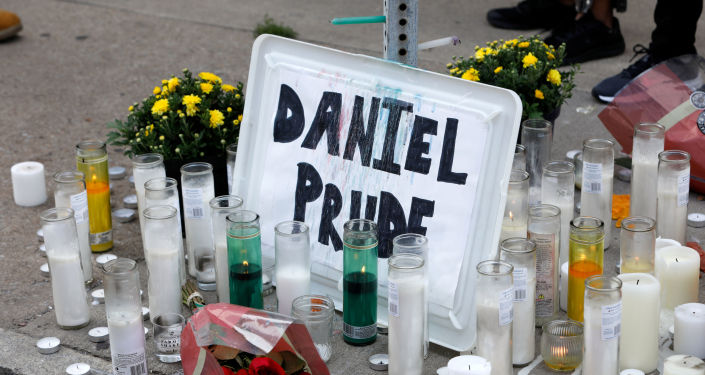 “A grand jury has voted not to indict any police officer on charges related to the death of Daniel Prude,” James said via Twitter on Tuesday. “My office concluded there was sufficient evidence surrounding Mr. Prude’s death to present the case to a grand jury, and we presented the most comprehensive case possible.”

James said the jury’s decision must be respected even though it is devastating.

Current laws on the use of deadly force have created a system that has failed Prude and many others before him, revealing that serious reform is needed in the criminal justice system as a whole, James added.

However, James said she will pursue a multifaceted approach to address the issues that have prevented prosecutors from holding officers accountable when they improperly use deadly force.

In September, the Rochester Police Department released body camera footage taken on March 30 by officers who apprehended Prude as he ran naked through the streets at night. Prude’s family had called 911 saying he was going through a mental health emergency.

The video footage shows that Prude complied with the officers’ orders, but started to shout and spit once he was handcuffed. The officers placed a spit bag over his head and pinned Prude to the ground. Prude vomited and appeared lifeless about two minutes later. According to Prude’s family, he died of asphyxiation.

The Meaning of Eggplant: Netizens in Stitches as Elon Musk Clashes With Investor Online

Race for India’s Next PM: Why is Modi Cutting His Own Party Leader and Hindu Monk to Size?

An Iron Dome Rocket Tried to Shoot Down an IAF Fighter Jet During Israel’s May Gaza War, Report Says