US ‘Deeply Troubled’ by Arrest of Opposition Leaders in Georgia 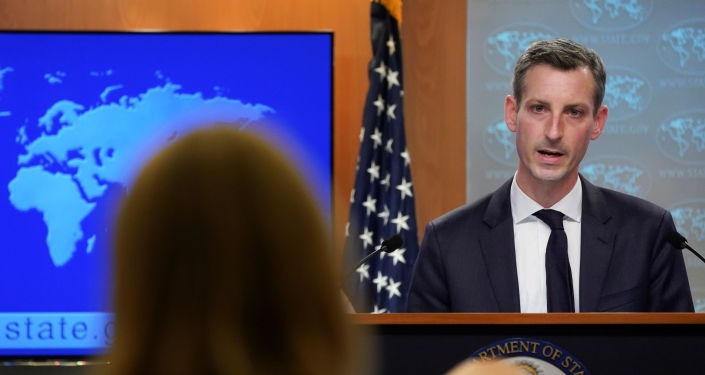 The United States is “deeply troubled” by the arrest of opposition leader Nika Melia and other members of the opposition in Georgia, Price said, stressing that Washington is concerned about political developments in Georgia and called on all parties to exercise restraint and to avoid any actions or rhetoric that can lead to escalation of tensions or result in violence.

The spokesperson also urged the nation’s government to act in accordance with its Euro-Atlantic aspirations, adding that Washington is watching the situation in Georgia closely.

Earlier in the day, police stormed the opposition United National Movement (UNM) party office in Tbilisi and detained its leader, Nika Melia, and more than a dozen other activists. Georgia’s opposition parties and their supporters have taken to the streets to protest the detention.

Prior to this detention, Melia was briefly arrested for leading riots and anti-Russian protests back in June 2019 and was on a $9,063 bail. Melia was forced to wear a monitoring bracelet but removed it publicly during another wave of opposition protests, which erupted in November 2020 in non-recognition of the general election results. The move prompted a court to revise the conditions of Melia’s release and impose a new bail, which he has refused to pay.

On February 18, then-Prime Minister Giorgi Gakharia announced his resignation, citing his differences with the team members over Melia, whom the Tbilisi court ordered to arrest for failing to pay bail. Gakharia said the detention of the opposition figure could have exacerbated the already tense political situation in the country.

Do it Like Mike: Moroccan Olympic Boxer Disqualified for Seemingly Trying to Bite Opponent’s Ear

Once More With Feeling: UN Tries to Get Cyprus Talks Back on Track With ‘Two-State Solution’ Looming