UK Tax Break Made ‘Few Lucky Sellers’ Better Off, Others Have to Pay More for Housing, Analyst Says 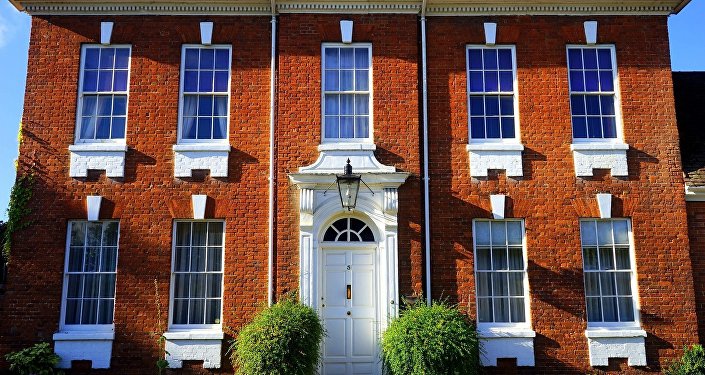 As the pandemic wreaked havoc on society, the government introduced a stamp duty tax break until March 2021. The intention was to help boost a property market that had seen house prices fall for four months in a row as a result of lockdown.

Critics at the time warned that such a move could have damaging long-term consequences for the market, as it effectively encouraged people to accelerate plans to buy property and take advantage of the stamp duty holiday – a decision that could lead to a fall in demand and a crash in the market once the tax break ends.

Sputnik spoke with Michael Ball, a professor of urban and property economics with the Henley Business School at the University of Reading, to hear his views on how the housing market has been affected by the pandemic and what the stamp duty tax break meant for the market.

Sputnik: How has the pandemic affected the housing market?
Ball: Well, it’s quite interesting because when the pandemic started and the economy all closed down, everybody thought that the housing market would be one of the parts of the economy that would be badly affected. And of course, it was during the pandemic, because nobody could buy or sell. And that was the first lockdown of course. And that meant that the market literally froze. When the market opened again, two things happened. Because essentially, there were two types of people during the pandemic. Some people who were in regular employment and could work at home, and some retirees who were still getting their income coming in, were not spending in the same way that they were before. But the Bank of England did cut interest rates and mortgage rates were good, and they’d built up a nest of savings. And there was also an awful lot of hype about normal new ways of living. You’ve got to flee the cities and so on.

Sputnik: Has the introduction of the stamp duty holiday helped or hindered the market?
Ball: It was more than a small dose of hindrance. And the overall estimate for the tax break, people reckon at the end of it all in March for England and Wales I think is about 4 billion. And then there’s also a slightly different program within Scotland. So the actual tax that’s gone has been quite substantial. And it was a case of bad timing, because the policy was introduced with this view that the market will be in absolute dire straits when it opened up again. And it turned out to be the case that it wasn’t in dire straits. And we have a situation in the UK where our supply side is extremely short, particularly the more desirable types of accommodation. So what this means is that if you boost demand when it’s already pretty well boosted by reductions in mortgage interest rates and extra income for people who have done quite well during the pandemic. And it just stoked up an even greater increase in buyer activity. And as a result of that, this shorter supply goes up in price. Essentially, what the tax break has done is made a few lucky sellers better off than they would otherwise have been. And everybody else is having to pay more for their housing.

Sputnik: There are growing calls now for the stamp duty holiday to be extended in the March budget. What are your thoughts on this?
Ball: Yes, it would mean that some more sales would go through. But unfortunately, the problem of that is that we will be continuing to stoke up the market.

Sputnik: What does the future hold for the housing market?
Ball: I’m afraid I must say to everybody that it’s a very risky business buying a house and predictions have to be taken with a great deal of caution. But having said that, my take on it is, I think we might get a bit more of what we’ve seen in the past few months happening. In other words, there’s a part of the economy that has done quite well and interest rates are very low. So the housing market will continue to go on like that for a while. And there’s a part that’s absolutely depressed, that I think in terms of the longer term and beyond six months, things will start to look a lot worse. This surge of demand will have been satiated, there will be a bit of a turn down because of stamp duty.

But as we move forward, the economy is not looking in that good of a position. And there will be, if the economy’s in a good position, up will go interest rates and that will have a depressing effect on the housing market. And there’s lots of talk as we move forward and the economy recovers about these big deficits that have been created during the pandemic. And it would not be at all surprising if the gaze one way or another turns towards housing and of course, more taxes on housing will itself depress the market. So I think what we’re going to see is a little surge in parts of the market and other parts of the market coming to life again.