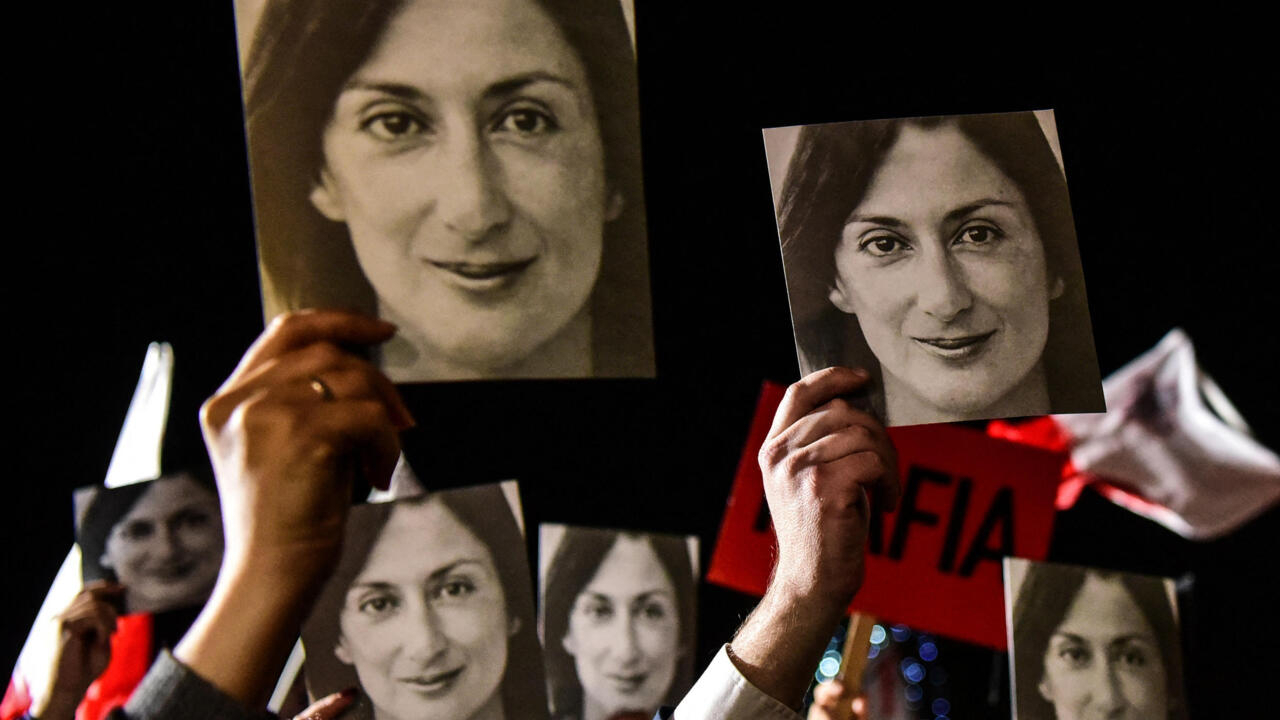 One of three men accused of carrying out the 2017 assassination of Maltese anti-corruption journalist and blogger Daphne Caruana Galizia pleaded guilty in court on Tuesday.

Vincent Muscat was arrested in December 2017 with two others over the case that rocked the tiny republic, setting off a chain of events that led to the resignation of Joseph Muscat (no relation) as prime minister.

Muscat and brothers George and Alfred Degiorgio were all accused of procuring, planting and detonating the bomb that killed the Maltese journalist on October 16, 2017.

In a dramatic pre-trial hearing, Muscat’s lawyer Marc Sant informed the court that his client wanted to register an admission.

When asked how he wanted to plead, Muscat replied: “Guilty.”

But Muscat repeated that he pleaded guilty.

Caruana Galizia’s killing by a car bomb shone a spotlight on corruption in the EU’s smallest nation.

A fourth person, multimillionaire businessman Yorgen Fenech who had high-level political connections, is suspected of having masterminded the crime and has been accused of being an accomplice to murder. He has denied wrongdoing.

The owner of a Dubai company, 17 Black, on which Caruana Galizia had reported, Fenech was arrested in November 2019 as he was sailing away from Malta on his yacht.

France opened an investigation into Caruana Galizia’s killing in January 2020 after the journalist’s family and the French media watchdog Reporters Without Borders (RSF) accused Fenech in a French court of being an accomplice to murder and corruption.

Fenech owns hotels and a racing horse stable in France that might have been used to make payments in the case, according to justice officials.

Caruana Galizia, 53, was known for investigating high-level corruption, including contributing to the 2016 Panama Papers data leak.

She has been described as a “one-woman WikiLeaks”, after exposing cronyism and sleaze within the country’s political and business elite.

Caruana Galizia was killed in a car bomb targeting her vehicle not far from her home in the north of the island.

One of her sons accused Prime Minister Muscat of being complicit and turning Malta, a former British colony that joined the EU in 2004, into a “mafia island”.

Muscat stepped down in January 2020 after the investigation into the murder implicated some of his closest collaborators.

Muscat’s chief of staff, Keith Schembri, and his tourism minister, Konrad Mizzi, had both been accused by Caruana Galizia of being involved in corruption – which they denied.

Biden will withdraw all US troops from Afghanistan by September 11

Riots flare again in Northern Island despite calls for calm