‘I Don’t Know’: Biden’s AG Pick Dodges Issue of Whether Illegal Immigration Should Remain a Crime 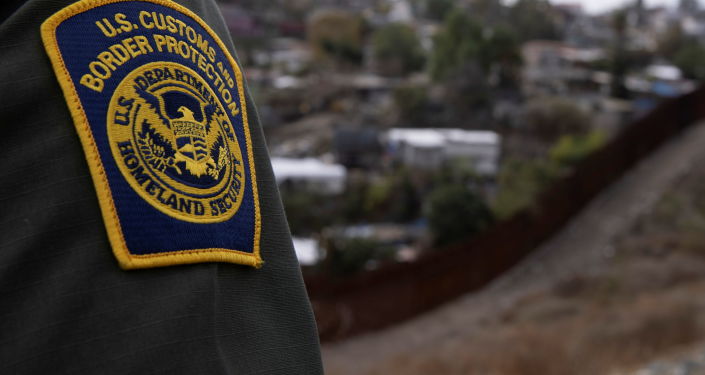 Former judge Merrick Garland, nominated by President Joe Biden to lead the Justice Department, seemed wary of pledging himself to any specific course of action on a number of challenges as he faced the Senate Judiciary Committee for his confirmation hearing Monday.

​Garland, who has served for more than 20 years on the US Court of Appeals for the District of Columbia Circuit, was grilled, among other issues, on illegal immigration, after President Biden announced earlier that he would pursue comprehensive reforms to immigration laws to ostensibly lay out a more “humane” and “just” system.

As senators questioned Garland, who during the administration of President Bill Clinton served as a senior official in the deputy attorney general’s office, his favoured response seemed to be “I don’t know”.

© AP Photo / Pablo Martinez Monsivais
Federal appeals court judge Merrick Garland, receives applauds from President Barack Obama and Vice President Joe Biden as he is introduced as Obama’s nominee for the Supreme Court during an announcement in the Rose Garden of the White House, in Washington, Wednesday, March 16, 2016

When Sen. Josh Hawley (R-Missouri) asked him point blank whether he believed that “illegal entry at America’s borders should remain a crime”, his response was:

“I just haven’t thought about that question.”

I don’t know of a proposal to decriminalise but still make it unlawful to enter,” added Garland.

When a follow-up question probed if the Department of Justice (DOJ) would continue to prosecute illegal immigration, he referred to the issue as a “question of allocation of resources”.

“I have to admit I just don’t know exactly what the conditions are and how this is done… I assume that the answer would be yes but I don’t know…”, said the former judge.

Critics immediately called into question Garland’s qualification for the position, with congresswoman Marjorie Taylor Greene (R-Georgia) arguing that the former prosecutor’s response “should disqualify” him from being Attorney General.

Every single part of this response should disqualify Merrick Garland from being Attorney General of the United States of America. https://t.co/TPONj3xphx

​Garland, 68, was nominated in 2016 by then-President Barack Obama for the US Supreme Court vacancy in the wake of the death of Justice Antonin Scalia. However, under Majority Leader Mitch McConnell, the Senate refused to consider Garland’s nomination, with McConnell issuing a statement that a Supreme Court nomination should be left to the next President of the United States.

Garland, who was confirmed as a federal judge at the US Court of Appeals for the DC circuit in 1997, and resigned earlier this month, is expected to be confirmed with bipartisan support in a final confirmation vote by the full Senate in March.

The developments come as the White House announced a sweeping immigration bill on 18 February, seeking to offer an eight-year “path to citizenship” to about 11 million illegal immigrants living in the US, while fast-tracking the process for undocumented immigrants who arrived in the US as children.

​Joe Biden’s administration also earlier announced the intention to raise the refugee admission cap to the US to 125,000, after the previous one had been slashed to 15,000 by Trump.

Immediately after his inauguration, US President Joe Biden announced he would overhaul the Trump administration’s so-called zero-tolerance immigration policy, instructing that an inter-agency task force be set up for the “reunification of families” along the southern border. A 120-day deadline was set for an initial report to be submitted on the issue.

Instructions were also given to temporarily halt the construction of the border wall near America’s southern frontier with Mexico – one of the cornerstones of Donald Trump’s immigration policy.

‘Shameful and Sad’: Lara Trump Raps US Media for ‘Covering Up’ Hunter Biden After Low-Key Interview