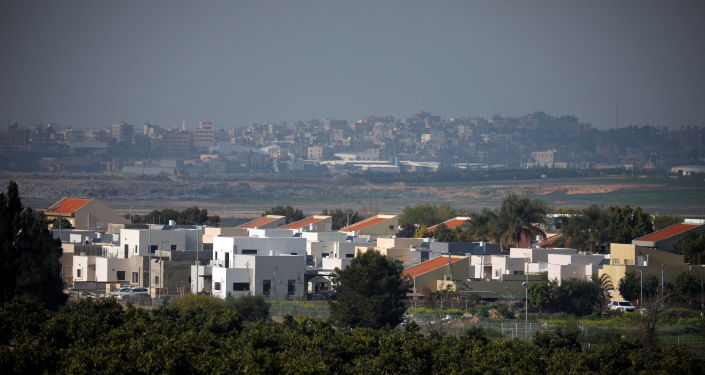 While the raging coronavirus has caused an acute health and economic crisis in the Gaza Strip, it has also contributed to regional stability; and the border that has been a point of friction between Gazans and the Israeli forces on numerous occasions has remained quiet for more than a year now, prompting the IDF to tout 2020 as “the safest year” in the past decade.

By the end of 2020, Israel registered 176 launches of mortars into Israeli territory, with 90 percent of them hitting open spaces causing little or no damage to people and properties.

Leaves Much to Be Desired

But for Shmuel Naki, a resident of Sderot that lies only one kilometre away from the Gaza Strip, the security situation in the area still leaves much to be desired.

“When the IDF brands a year as the safest, they look at numbers only. What interests them is the amount of killed and injured, the amount of mortars launched. But for those who live here it is far beyond statistics.”

Naki, a father of three, says it is extremely challenging to raise children that have been brought up on constant fear and distress.

“Whenever there is a red alert in the middle of the night, or in the middle of a family dinner, we need to rush to a bomb shelter. It doesn’t matter whether the mortar ended up exploding in an open space. Our lives have already been disrupted and our kids still suffer from traumas.”

According to reports, between 11 and 13 percent of Israelis have been diagnosed with post-trauma in recent years, primarily due to the security situation. For the residents of Israel’s southern communities, the situation is much more acute, with roughly 20 percent suffering from the same mental condition.

Although he doesn’t plan to leave the area because of the tensions, saying the tranquility of the south presents a number of advantages for families with children, he does feel that the residents of the southern communities have been neglected and that Israel’s government has lost its control over the situation.

“I don’t feel that Israel is in charge here. The ones who determine the situation here are the militants of Hamas. If they want stability, it will happen. If they want to start another round of escalation, they will do so. Our government doesn’t control it,” lamented Naki.

Yet, Israeli authorities do try to sooth their relations with Gaza. Several days ago it was announced that Israel would supply the Strip with electricity and it was also reported that the Jewish state has allowed the transfer of COVID-19 vaccine doses to the enclave, which is struggling to curb the raging pandemic.

However, for Naki these are temporary bandages, not a solid policy that can bring a permanent solution, and this is also the reason why he thinks the problem will not be resolved in the nearest future.

“The situation in southern communities is not on the agenda of our politicians, neither from the right, nor from the left. None of them has a coherent plan so I am not sure this will ever be resolved.”

It is not that the calls of the southern communities have not been loud enough. Before the pandemic residents of the south organised a number of rallies and demonstrations that tried to raise awareness to their security concerns.

Those concerns have not been addressed yet and although the situation does not look promising, Naki says he is an optimist by nature.

“At the end of the day, life prevails and it goes on. We go on with our lives but the problem needs to be solved. Security is my basic right as Israel’s citizen and I expect the government to provide it.”

Blinken to Central America; US Out of Open Skies Treaty; Israel Says ‘No’ to US in Iran Deal