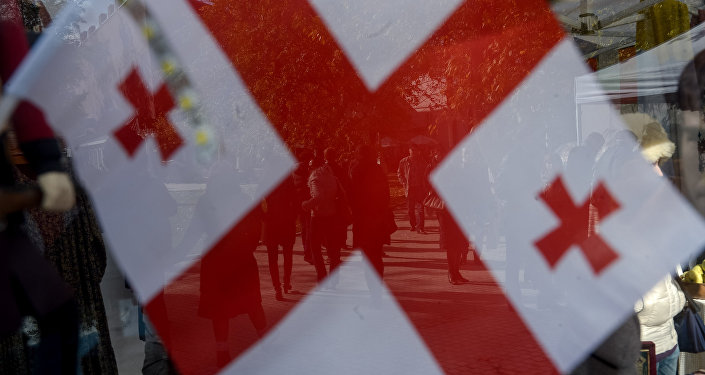 “Protest rallies will start and they will continue until we achieve the result – a new election,” Bokeria told journalists.

Burjanadze urged Georgians to go to the streets to protest against the October 31 election won by the Georgian Dream party, founded by former Prime Minister Bizina Ivanishvili, with former Defense Minister Irakli Gharibashvili occupying the post of the party’s political secretary.

“The establishment of the comic dictatorship of Ivanishvili-Gharibashvili in the country will be a great shame. Stand up for the future of your children,” Burjanadze said.

Earlier in the day, the Georgian Interior Ministry said that the police detained Melia and over a dozen other activists based on the decision of the Tbilisi City Court.

Melia was briefly arrested for leading riots and anti-Russian protests back in June 2019 and later released on 30,000 Georgian lari ($9,063) bail. He was forced to wear a monitoring bracelet but removed it publicly during another wave of opposition protests, which erupted in November 2020 in non-recognition of the general election results. This prompted the court to revise the conditions of Melia’s release and impose a new bail, totaling 40,000 lari. The UNM chairman has refused to pay the bail.

Iran’s Supreme Leader: Tehran Won’t Yield to Pressure, Can Enrich Uranium Up to 60%