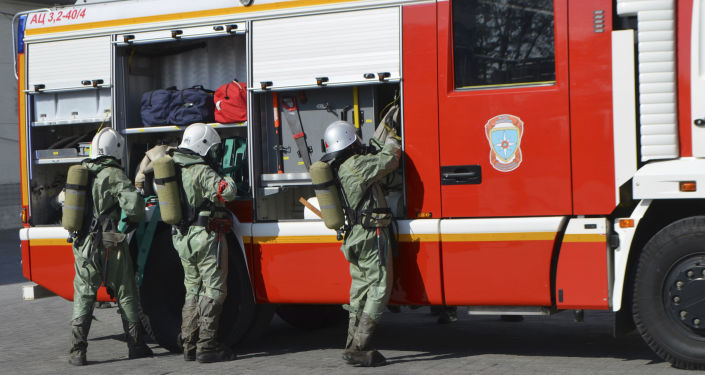 “Today, on 23 February, an explosion has occurred at a main federal gas pipeline in Ileksky district. Rescuers, regional services, the specialists from the region’s Natural Resources and Environment Ministry, gas engineers, environmental experts have headed to the scene. Now, the mobilization of forces is going on to mitigate the accident,” the government said.

The government noted that, according to the preliminary information, the gas pipeline was operated Gazprom Transgaz Yekaterinburg.

“At 13.00 [09:00 GMT] the meeting of the interdepartmental headquarters will be held where necessary measures for the elimination of the emergency will be worked out. The operation of the services is being coordinated by Orenburg Region Governor Denis Pasler,” the government added.

No one was hurt in the incident, the emergency ministry said.

In Russia, a Virus Lockdown Targets the Opposition