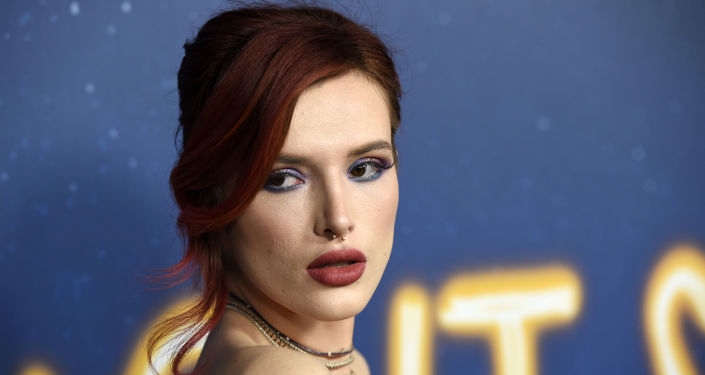 Bella Thorne says she won’t be the one to star in adult films in the future as taking part in naked scenes has made her feel rather “uncomfortable” in the past.

There are some reasons for that, the singer says, particularly her past experience during the shooting of some of her movies – and not necessarily those directed by males.

“I want to be stronger, right, and when I am on set doing these scenes, I am very very uncomfortable and I am always working through my uncomfortableness because I want to do it – especially if it’s important for the character,” Thorne unveiled.

She also has pointed out that there are some stage-managers who “just want to get girls naked on camera”.

The revelation may come as a big surprise to OnlyFans lovers who spend sleepless nights waiting for Thorne’s updates on the platform that features myriads of sex workers’ profiles.

Thorne’s website-crushing appearance at OnlyFans made some big headlines during the summer after it was revealed that the actress’ pledge to provide nude content did not materialise. Many complained at the time that they had paid a $200 fee for nothing – users did not find anything “naked” about the photos Thorne sent them.