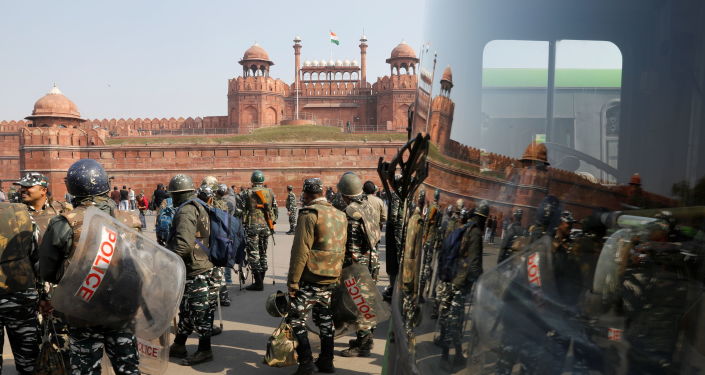 Two men, including one of the leaders of the farmer protests, have been arrested by the Delhi Police in connection with vandalism at the Red Fort on Republic Day, officials said on Tuesday.

“Both of the accused were active participants and key conspirators of the vandalism that took place at the Red Fort. Mohinder has been organising demonstrations in Jammu and Kashmir at the behest of the farmers’ leaders who are protesting against three farm laws at Delhi’s borders,” a senior police official told Sputnik. ,

So far, the Delhi Police have registered 44 cases and arrested 140 people including actor Deep Sidhu and some others involved in the violence on Republic Day.

On 26 January, the protesting farmers did not follow the prearranged route set by Delhi Police and broke barricades to enter into the national capital. The protesters clashed with police, and vandalised property in several parts of Delhi during the farmers’ tractor rally. They also entered the iconic Red Fort and unfurled their flags from its ramparts.

‘I’m What Royals Were Worried Baby Would Look Like’: Daniel Kaluuya Mocks ‘British Racism’ on SNL

US to Resume Processing MPP Asylum-Seekers on February 19