‘Can Only Have Been Painted by a Madman’: Museum Confirms Graffito on Munch’s ‘Scream’ is by Artist 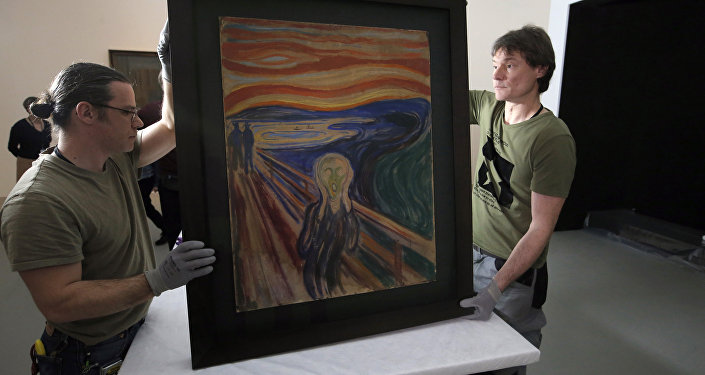 The National Museum of Norway has confirmed that a mysterious message written in the corner of the painting “The Scream” was penned by the artist, Edvard Munch.

In the top left-hand corner of the infamous 1893 painting “The Scream” is an enigmatic comment, so small as to be barely legible: “Kan kun være malet af en gal Mand!” (can only have been painted by a madman). For years, archivists have wondered if the message was self-reflection by the artist or commentary by a graffitist critic.

According to the National Museum of Norway in Oslo, it was the artist himself who penned the words. The confirmation required using infrared technology to analyze the handwriting and compare it to Munch’s as seen in his notes and letters, but it also involved looking into the artist’s own life at that period.

“The writing is without a doubt Munch’s own. The handwriting itself, as well as events that happened in 1895, when Munch showed the painting in Norway for the first time, all point in the same direction,” Mai Britt Guleng, curator at the National Museum, said in the release.

In Oslo, then called Christiana, Munch weathered “furious criticism and public speculation” about his mental state, including a grilling by a young medical student who said his paintings proved he was “not of sound mind,” according to the museum. It was in response to these events that Munch most likely wrote his harsh words.

The original version of “The Scream” has been undergoing renovation in preparation for a 2022 exhibition. However, Munch made many versions of the painting, with the last version, dating to 1910, being the most famous. Many of the paintings have been damaged, whether due to being the targets of thieves or simply because of a century’s worth of exposure to atmospheric changes such as human breath.

There are many theories about why the sky appears in stark red and orange colors in the painting, ranging from ash still in the Earth’s atmosphere after the 1883 Krakatoa eruption to the presence of “mother-of-pearl” polar stratospheric clouds over Oslo that day.