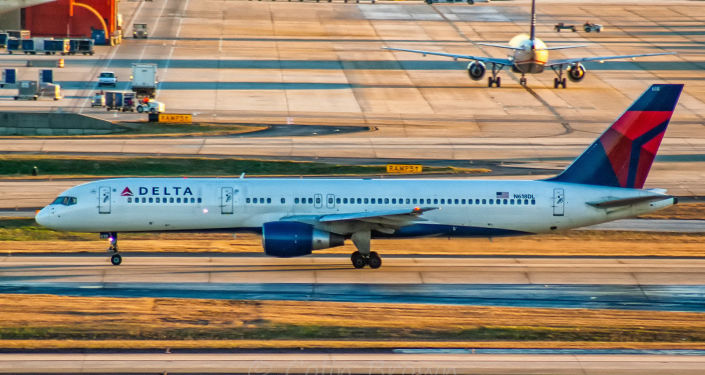 According to US media reports, there were 128 people on board the aircraft.

“DL2123 en route to Seattle from Atlanta diverted to Salt Lake City out of an abundance of caution following an indicator warning of a possible problem with one of its engines. The flight landed safely without incident and taxied to the gate without assistance,” Gorman said on Monday, as quoted by KSL TV.

US Federal Aviation Administration (FAA) Administrator Steve Dickson announced on Sunday that the FAA would be carrying out thorough inspections of Boeing 777 planes after one of such aircraft suffered engine failure on Saturday, prompting United Airlines to temporarily halt flights involving planes powered by Pratt & Whitney 4000 series engines.

Boeing later recommended that airlines temporarily remove the 777 model of aircraft with the specific engine model from service.

A Boeing 777 plane (United Airlines Flight 328) with over 230 people on board, bound from Denver to Honolulu, suffered engine failure and had to turn back on Saturday. It landed safely and nobody was injured but debris from the jet’s engine fell on the Denver suburb of Broomfield. No injuries were reported on the ground.