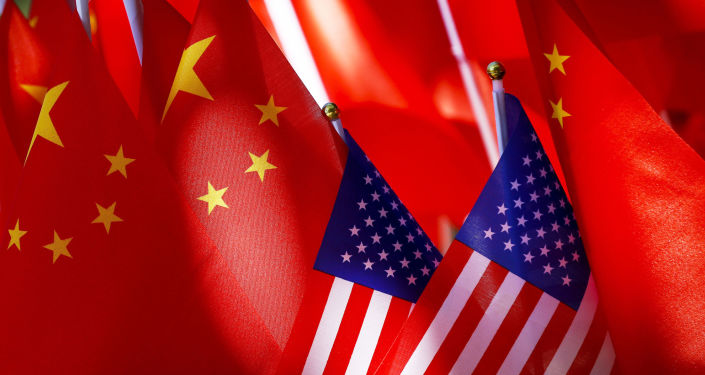 Katherine Tai, President Joe Biden’s pick for US Trade Representative (USTR), is expected to continue Trump’s ‘get tough’ approach on China, and support his ‘Buy American’ policies in aid of domestic manufacturing, but will be less bombastic and outspoken than Trump USTR Robert Lighthizer, Bloomberg reports, citing officials said to be familiar with Tai.

“She knows where the bodies are buried,” Eric Altbach, a China-specialized lobbyist who worked with Tai in the past, told the outlet. “The Chinese rightfully expect her to be really tough,” he suggested.

Tai, whose confirmation hearings before the Senate Finance Committee will start Thursday, reportedly told US business executives in a private meeting in January that any lobbying on their part to remove hundreds of billions of dollars’ worth of Trump-era tariffs against China would not succeed, and that companies should accept them as a reality.

Along with China, Tai is expected to wade through existing tensions with the European Union and work on outstanding problems with the new United States-Mexico-Canada Agreement (USMCA) signed by the Trump administration in 2018 to replace the 1994 North American Free Trade Agreement (NAFTA).

Tai previously served as China enforcement chief at the Office of the US Trade Representative, with Biden recently describing her work during the Obama era as the administration’s “chief enforcer against unfair trade practices by China,” and suggesting that this approach will remain a “key priority” for his administration.

The Biden administration has promised to continue to pursue a Trump-style policy of tackling “China’s abusive practices” in trade and economics, ranging from the alleged theft of intellectual property and the dumping of goods to illegal subsidies to corporations and forced technology transfer. As president-elect, Biden vowed that he would not remove the existing 25 percent tariffs on over $250 billion worth of Chinese imports imposed by Trump.

China has vocally rejected US claims of economic wrongdoing, and accused Washington of using non-market methods to try to gain an economic advantage after being outcompeted.

Economic tensions between China and the US escalated dramatically in 2018, when the Trump administration began introducing package-after-package of double-digit tariffs on hundreds of billions of dollars’ worth of Chinese goods in an effort to redress America’s massive $400 billion+ trade deficit with the Asian nation. The decision led to a tit-for-tat escalation, ending up with tariffs being placed on virtually the entirety of Chinese exports into the United States, and a ban on US agricultural exports to China.

Relations saw a brief reprieve in January 2020 with the signing of a “phase one” China-US trade deal, which committed Beijing to buy $200 billion in US goods and services in 2020 and 2021 in exchange for the lifting of some restrictions. However, the deal’s implementation has been marred by the coronavirus crisis and mutual recriminations by Washington and Beijing regarding who is to blame for the global health emergency. Through 2020 and early 2021, the Trump administration introduced new economic restrictions on China, targeting its electronics and software sectors, and signing an executive order in November to ban US investment in companies with suspected ties to the Chinese military.

PATRICK BAERT
Two women take a photo at a display representing the US and Chinese flags at a reception marking 40 years of diplomatic relations between the US and China, at a hotel in Beijing on June 21, 2019

While it has rushed to undo much of Trump’s legacy in other areas, the Biden administration has not rushed to lift restrictions on China trade.

On Monday, Chinese Foreign Minister Wang Yi called on the Biden administration to break with Trump and remove tariffs and sanctions on Chinese firms, and return to normal cooperation with Beijing. “We stand ready to have candid communication with the US,” he said, emphasizing that dialogue could strengthen understanding, notwithstanding existing social, cultural and historic differences and disagreements between the two economic powers. Wang also called on the US to stop meddling in China’s internal affairs, and said that China has never interfered in US internal matters.