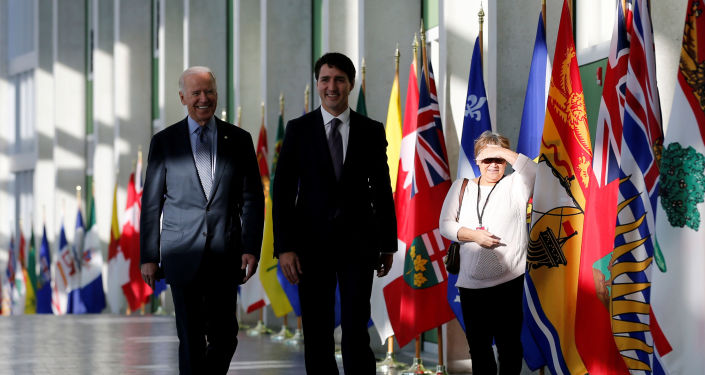 Biden and Trudeau make official statements after a bilateral online video-conference that took place on Tuesday.

The conversation was the first official face-to-face meeting with a foreign leader for Biden as head of the White House.

The US and Canadian leaders were said to have discussed the global pandemic and the possibility of an early release for two Canadian citizens detained for espionage in China in May 2019.

Among additional areas of common concern are climate change, economic ties and other international issues.

The event was expected to “highlight the strong and deep partnership between the United States and Canada as neighbors, friends and NATO Allies,” an official statement from the White House, issued earlier, reads.

Lavrov: Russia is Open to Constructive Dialogue With EU on Principles of Equal Rights

US Warship Carries Out Another FONOP Mission in South China Sea