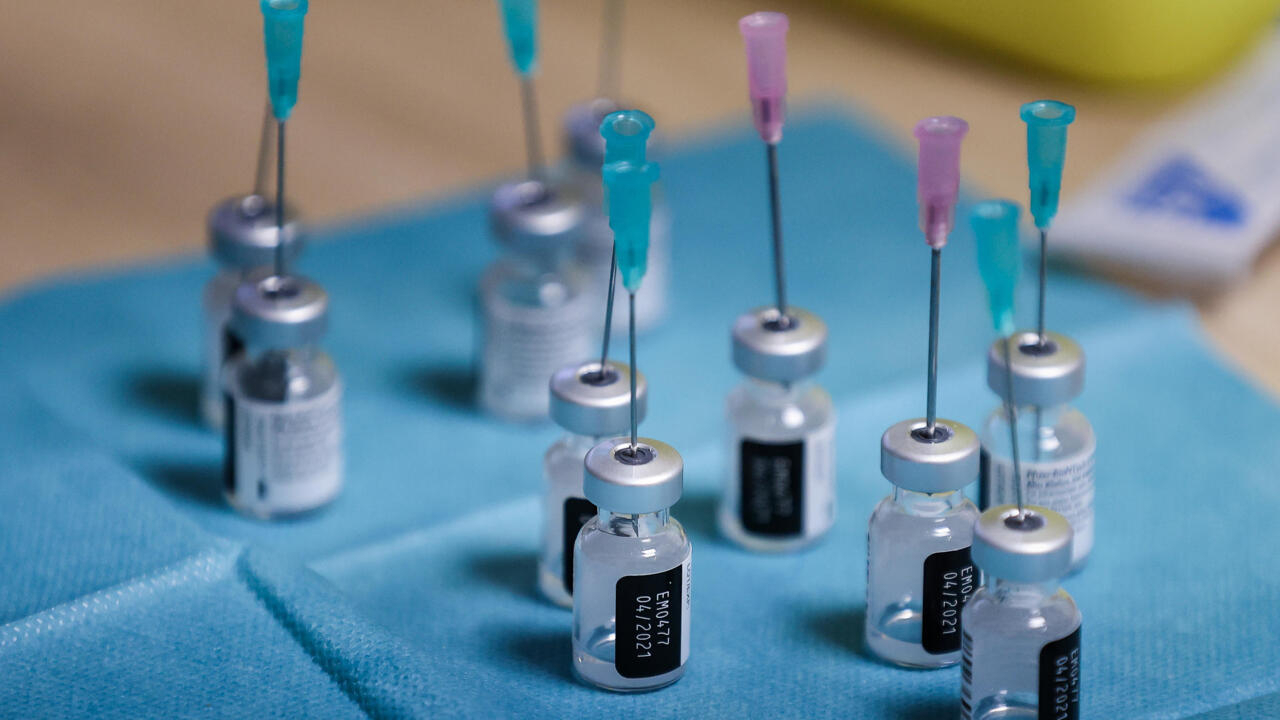 As vaccinations pick up pace around the world, the idea of “vaccine passports” is gaining traction among governments and industries looking for a way out of shutdowns, curfews and travel bans.  But while some see it as a potential ticket to freedom, others fear such documentation could exclude or discriminate against those made most vulnerable by the pandemic.

With vaccinations well under way, governments are increasingly seeing vaccination “passports” – or other forms of Covid-19 status certificates – as a way out of the cycles of shutdowns and curfews that have made many prisoners in their own homes and ground global industry to a near halt.

The certificates would enable people to present proof of vaccination and thus skip quarantine protocols when arriving in a new country.

Some countries have already introduced such policies, with Iceland becoming the first European nation to issue vaccine certificates in late January. Greece on Tuesday unveiled a digital vaccination certificate for those who have received two doses of the vaccine. Among the countries that are currently issuing or asking for vaccine certificates are Cyprus, the Czech Republic, Denmark, Estonia, Hungary, Italy, Poland, Portugal, Slovakia, Spain and Sweden.

Across the English Channel, Prime Minister Boris Johnson announced Monday his government would consider Covid-19 “status certificates” as a pathway out of the health crisis.

But Johnson also sought to allay fears that certificates could marginalise those unable to receive the Covid-19 injection, saying a UK government review would be, “mindful of the many concerns surrounding exclusion, discrimination and privacy”.

Ana Beduschi, an associate law professor from the UK’s University of Exeter who published a study on the ethics of vaccine passports, said there were serious questions about their impact on human rights and data protection.

“Arguably [vaccine passports] could preserve the freedoms of those who do not have the disease or have been vaccinated,” Beduschi said. “However if some people cannot access or afford Covid-19 tests or vaccines, they will not be able to prove their health status, and thus their freedoms will be de facto restricted.”

Those same issues were flagged in a study published by the Royal Society on Friday in which researchers recommended governments urgently consider key criteria for vaccination certification. The criteria include certifying immunity, protection of data and safeguarding against job losses if people were not vaccinated for health reasons or personal beliefs.

“We’re not advocating for or against, but we’re saying this is coming. Countries have already introduced it, companies are already saying they’re going to put it into their contracts. We have to openly break this open and discuss it,” said Professor Melinda Mills, lead author of the study and the director of the Leverhulme Centre for Demographic Science at the University of Oxford.

But as some countries press ahead, others are holding back. In France, the debate on vaccine certification has polarised opinion.

Health Minister Olivier Véran has repeatedly said it is too early to discuss vaccination passports  since fewer than 2.5 million French people have received a first dose and because it remains unclear whether the vaccine prevents transmission.

It is a view shared by Germany, the Netherlands and Belgium as well as organisations like the World Health Organization (WHO) and the European Commission.

France’s secretary of state for European affairs, Clément Beaune, told Franceinfo news channel on January 17 that the government was “very reluctant” to introduce vaccination passports. He said it would not support a programme that would give rights to some people and not others.

When asked about a passport that would allow those inoculated to attend cultural events,  French Minister of Culture Roselyne Bachelot was unequivocal in her disapproval, saying it would be “an attack on our freedoms”.

“As a freedom-lover, I can hardly imagine it. If it came to that, it would be a step backwards,” she told France 2 in a February 10 interview.

But six out of 10 French people would favour a vaccination passport if it meant they could circulate more freely, according to an Ifop poll last month.

No consensus in the EU

There is still no consensus on the issue within the EU, despite mounting pressure from some member states that are keen to kickstart tourism.

The European Commission says it will not be rushed into a decision on passports while such a large proportion of its population remains unvaccinated. Within the EU, roughly only 3 percent of Europeans have received a Covid-19 inoculation.

Instead, the 27 EU member states are sticking to an agreement made on January 28 on a set of principles for “certificates of vaccination against Covid-19”.

These certificates provide standardised proof of vaccination “for medical purposes” and can be used in case a person receives a second dose of the vaccine in a different country from where they received the first.

But these documents do not allow those vaccinated to travel freely in Europe.

Unsurprisingly, the travel industry is pushing hard for some kind of a vaccine passport after experiencing crushing losses due to the pandemic. Some airlines, like Australian carrier Qantas, said they would make vaccine documentation mandatory on all flights while Gulf Air, Emirates and Etihad will test a travel pass designed by the International Air Transport Association, the IATA Travel Pass.

European tourism took a huge hit last year with record falls in arrivals of between 51 percent and 85 percent, according to the European Travel Commission.

Hopes of a return to a new normal in 2021 have been dashed with the re-introduction of Europe-wide lockdowns and curfews.  In its latest international forecast, the IATA predicts that Europe will be most affected by the fallout in aviation in 2021, with a projected loss of $11.9 billion.

Other businesses are also eyeing digital passports – such as concert venues, sports stadia, theatres and gyms – to reassure customers and prevent the spread of the virus. Israel said its version of a vaccine passport, the Green Badge, would be used to allow its citizens to access places of worship, gyms, bars and other cultural events.

Even as governments look to certification to help them reopen businesses and social life, there are big challenges ahead if the scheme is to gain traction globally. For its part, the WHO has said it is opposed “for the time being” to the introduction of vaccine certificates as a condition for allowing international travellers entry into other countries.

However, experts like Dakota Gruener, of the global public-private partnership ID2020, are currently working with the WHO to establish proposals and global standards. Gruener said that two proposals were likely to be considered: one a document showing proof of a negative Covid-19 test and the second showing you have been vaccinated.  A downloadable QR code would allow access but for those without smartphones, paper versions would be accepted.

A similar proposal got under way late last year when the World Economic Forum and the Commons Project Foundation, a Swiss non-profit group, began testing a digital health passport called CommonPass that generated a QR code which could be shown to authorities at border controls.

It seems inevitable that some form of a certificate or passport will become a prerequisite if people are ever to fully participate in public life again.

Alison Thompson, a bioethicist and associate professor at the University of Toronto, said that while vaccine passports may seem unavoidable, this should not prevent a serious and ongoing debate about how they are used.

“Really what we’re talking about here is allowing people with passports rights and privileges that won’t be available to people who don’t have a vaccine passport,” she said in an interview with CBC Radio.

“And given that there are huge inequities in access to vaccines globally … you know, this raises all kinds of concerns about whether this is going to be fair – not just whether it’ll be confidential information.”

Ultimately, she said, the decision will be up to lawmakers. But she said there will have to be “hard looks at discrimination law and basic human rights law to determine how you could use this kind of technology appropriately”.

As countries grapple with new strains of the virus, vaccine supply delays, logistical roadblocks and economic fallout, it seems certain the debate on vaccine passports will only become more urgent.