After Nearly a Decade of Silence, Australian Labor Party Leader Calls for Assange to Be Freed 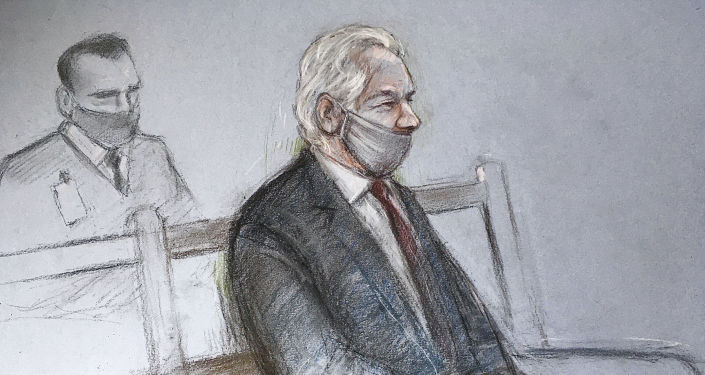 “Enough is enough,” Albanese told a caucus meeting in Canberra on Tuesday, his remarks cited by the Australian Associated Press.

“I don’t have sympathy for many of his actions but essentially I can’t see what is served by keeping him incarcerated,” the politician added.

Assange, whose extradition to the United States on Espionage Act charges was denied by a British judge on 4 January, remains imprisoned at London’s Belmarsh Prison after having been denied bail at a hearing on 6 January, pending an appeal by the US government, on the grounds that he could pose a flight risk.

Albanese, leader of the center-left Labor opposition to the center-right Liberal-National Coalition government, has taken heat for his alleged tendency to ‘dodge’ questions about Assange’s fate, instead joining other Australian officials in promising “consular assistance” to the WikiLeaks founder.

Matt Dunham
Stella Moris girlfriend of Julian Assange, at center, speaks to the media outside the Westminster Magistrates Court after Assange was denied bail at a hearing in the court, in London, Wednesday, Jan. 6, 2021. On Monday Judge Vanessa Baraitser ruled that Julian Assange cannot be extradited to the US. because of concerns about his mental health. Assange had been charged under the US’s 1917 Espionage Act for “unlawfully obtaining and disclosing classified documents related to the national defence”. Assange is still in custody. (AP Photo/Matt Dunham)

WikiLeaks has accused Australia of abandoning Assange during his legal battle with the United States, Britain and Sweden, with former Attorney-General Nicola Roxon refusing to get involved in Assange’s case following his confinement in the Ecuadorian Embassy in the early 2010s.  In 2018, Australian Prime Minister Scott Morrison rejected an appeal by TV star-turned activist Pamela Anderson to defend Assange. Morrison has repeatedly indicated that the WikiLeaks founder’s case was “a matter for the US” that has “nothing to do with” Australia.

In February 2020, National Party MP George Christensen and independent MP Andrew Wilkie traveled to the UK to meet with Assange and called for him to be released.

The Biden administration formally appealed a UK judge’s ruling against Assange’s extradition earlier this month, confirming that Washington is “continuing to pursue” his extradition and prosecution on Espionage Act and hacking-related charges related to WikiLeaks’ publication of a trove of US military and diplomatic cables, including video evidence of potential war crimes in Iraq. If extradited and convicted, the activist could face up to 175 years in jail.

Judge Vanessa Baraitser ruled against Assange’s extradition to the US in early January, based on concerns over his mental health and fears that he might attempt suicide while in solitary confinement in a US prison.

Last month, Assange’s fiancé, Stella Morris, launched a crowdfunding campaign to pay for legal costs for his defence against the US government’s appeal.