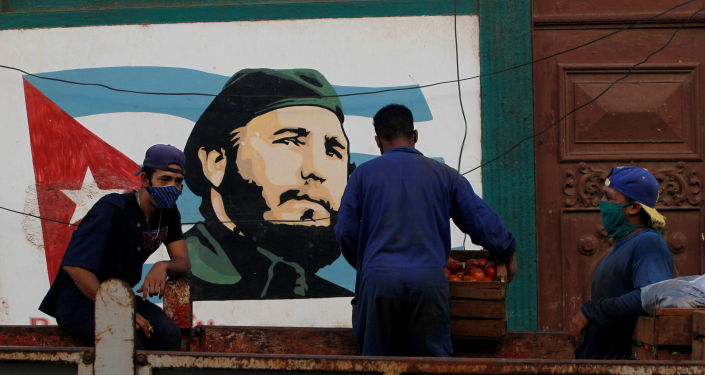 Although the Biden administration stated that it would reverse Donald Trump’s foreign policies, the White House has made it clear that it recognises the self-declared interim president, Juan Guaido, in Venezuela and is not planning to negotiate with President Nicolas Maduro in the near future. At the same time, Biden has vowed to invest $4 billion in Central America and stopped the construction of the border wall between the US and Mexico, something that received high praise from Mexican President Andres Manuel Lopez Obrador.

What Can Maduro, Bolsonaro and Fernandez Expect From Biden?

“The future prospects of US relations with the region could be described as ‘a policy towards Latin America with better manners’; a more ‘smart power’ based approach, [in contrast to] the Trump administration’s crude neo-Monroe approach”, says Juan Martin Gonzalez Cabañas, Argentine geopolitical analyst at Vision & Global Trends and political consultant.

For this year’s Summit of the Americas, the new US administration will have the opportunity to express how it will approach Latin America over the next four years, which could facilitate the mapping of future scenarios and trends, according to Cabañas.

Still, the analyst offered a glimpse into how the new administration’s Latin American policies will look with regard to some of the continent’s states.

While under Trump, Venezuela underwent an attempted coup and a botched naval raid, “recent events seem to indicate that the policy of pressure on Venezuela will continue in general, beyond some tactical adjustments”, the analyst points out.

Brazil’s president, Jair Bolsonaro, sometimes referred to as the “Trump of the Tropics”, doesn’t have many options due to the country’s internal economic difficulties and swirling pandemic, according to Cabañas.

“Bolsonaro has already accepted the new political reality in Washington”, he says, referring to the Brazilian president’s hesitancy to recognise Joe Biden’s win and support for Donald Trump’s legal fight against suspected voter fraud in the 2020 elections. Eventually, on 15 December, 2020, Bolsonaro acknowledged Biden’s win and sent a cordial letter to the new American president on the day of his inauguration.

No matter how strong Bolsonaro’s support for Trump is, “the current Brazilian leadership lacks a sense of autonomy and multipolar, its geopolitical codes are in the North”, notes the Argentine analyst.

“Bolsonaro’s Brazil will remain aligned with Washington, but perhaps less ostentatious than before”, he remarks.

In contrast, it appears that the Argentine centre-left government is looking at Biden’s presidency with more optimism, hoping to improve bilateral relations.

​”Argentina wishes to boost relations and see that multilateral organisms are respected, also hoping that there is no betting on the disunity of our countries, as in the previous stage”, Argentine President Alberto Fernandez wrote to Joe Biden, after the latter’s inauguration. Furthermore, Buenos Aires needs Washington’s assistance in restructuring Argentina’s $45 billion debt.

“Recent events have shown that Washington’s position on Argentina’s foreign debt would not change much; it will continue to be a demanding stance towards the deadlines and amounts of the debt”, Cabañas notes. “With time there’s the possibility of gestures of goodwill in this regard, but the Argentine government should not get too excited. For US diplomacy, Argentina is not relevant enough for Washington to bet on supporting it categorically with its foreign debt. A more collaborative North-American position on this issue would be more of a symbolic aspect, than of real strategic interest. But this support is less likely”.

© AP Photo / Juan Mabromata
Wearing a mas to curb the spread of COVID-19, Argentine President Alberto Fernandez arrives for a press conference to announce that Argentina and Mexico will produce and distribute an experimental coronavirus vaccine, at the Olivos Presidential Residence in Olivos, Buenos Aires, Wednesday, August 12, 2020.

Another obstacle in the way of warmer US-Argentine relations: Buenos Aires continues to maintain close ties with China, something that Washington is unlikely to tolerate in what it has long considered to be its “backyard”, according to the analyst.

“Surely the Biden administration will seek to reduce Chinese influence in Argentina (as in the rest of the region) but precisely in geo-economic terms, the reality is that Washington can’t offer major incentives to counterbalance China’s influence, an actor of vital importance to the Argentine economy”, he says.

China’s role in the region has increased significantly amid the coronavirus pandemic, Cabañas underscores. “In the midst of a recession caused by the Covid-19 pandemic, Argentina will have even less reasons to distance itself from one of its main economic partners, when foreign investment, international trade revenues and foreign aid are more valuable than ever”, he stresses.

Washington’s Monroe Doctrine still plays an important role in US policies, and left-leaning governments should not delude themselves into thinking that Biden’s presidency will change this trend, according to the analyst. Bolivia’s ex-president, Evo Morales, summarised this in November 2020, predicting that nothing would change for the Latin American state if “perhaps, more moderate” Joe Biden takes the reins of US politics.

“Evo Morales’ position on US foreign policy is quite precise, Washington’s strategic objectives are the same, and the only change is the focus on how to achieve them”, says Gonzalez Cabañas.

​The geopolitical analyst sees a silver lining in the form of a new stage of “thaw” with Cuba, he says, referring to the Obama era effort to mend fences with the “island of freedom”.

“Biden himself (with Vatican help and intervention) was one of the architects of this thaw”, Cabañas remarks.

Bear Attacks Woman in Alaska While Obeying the Call of Nature