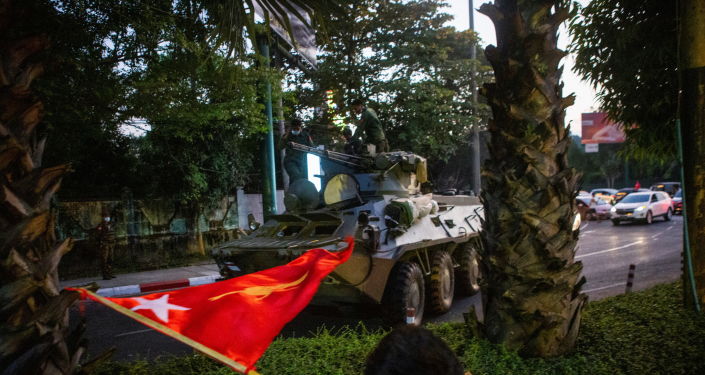 “UNICEF is gravely concerned by reports of use of excessive and lethal force during ongoing protests in Myanmar, and by warnings from military representatives on Sunday of ‘loss of life’ in the event of confrontation,” the statement said. “UNICEF calls on security forces to refrain from violence, to exercise maximum restraint and for differences to be resolved through constructive and peaceful means, prioritizing the protection and safety of children and young people.”

The organisation stressed that it condemns the use of force against demonstrators, including the reported use of live ammunition.

“UNICEF calls for greater efforts to protect children and young people from all forms of violence, including as they express their opinions and engage in peaceful protests,” it added. “No one should face any form of violence or intimidation because of their opinions.

UNICEF once again reminds all parties of the obligation to uphold all children’s rights as enshrined in the Convention on the Rights of the Child (CRC), and the Myanmar Child Rights Law enacted in 2019, including their rights to protection, participation, peaceful assembly and freedom of expression.”

According to the Myanmar Now news outlet, at least two protesters died and several others were injured on Saturday after Myanmar’s police used live ammunition during a demonstration in Mandalay.

On 1 February, Myanmar’s military seized power in the country, announcing a one-year state of emergency and vowing to take action against alleged voter fraud during the 8 November general election, which was won by Suu Kyi’s National League for Democracy (NLD) party. The military said it was committed to the democratic system and vowed to hold new and fair elections after the state of emergency ends.

Myanmar’s State Counsellor Aung San Suu Kyi, as well as President Win Myint and other top officials who were members of the ruling NLD party were detained and accused of election fraud. Protests have been held across Myanmar since the military took over.