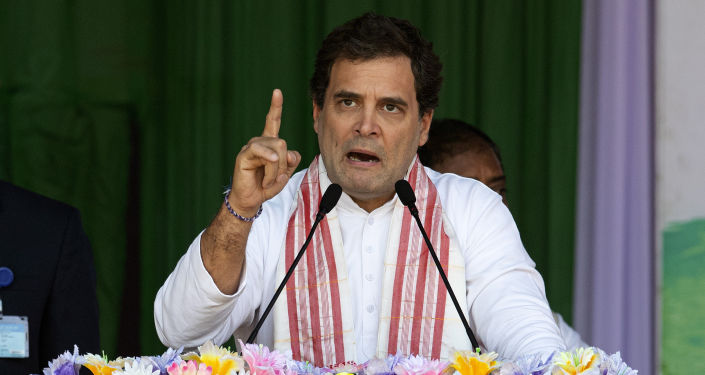 Congress party politician Rahul Gandhi led a tractor rally on Monday in Wayanad, India, to show his party’s support to the continuing farmers’ protests against three new agricultural laws that were passed by Parliament last September.

The city of Wayanad is also Gandhi’s parliamentary constituency.

Photos and videos of the Congress politician driving a green tractor through a large crowd are going viral on Twitter. Heavy security deployment can also be seen in the pictures.

Congress, which is the main opposition party in India, has shown continued support for the farmers during the protests on the borders of Delhi. Gandhi has been organising tractor rallies in different Indian cities.

Two new farm bills and one amendment act – the Farmers (Empowerment and Protection) Agreement of Price Assurance and Farm Services Act, 2020; Farmers Produce Trade and Commerce (Promotion and Facilitation) Act, 2020 and The Essential Commodities (Amendment) Act 2020 – were passed during the monsoon session of the Parliament in September last year.

Although Prime Minister Narendra Modi’s government has called the new farm laws “progressive”, the farmers fear that these laws will dilute the minimum support price (MSP) system. Their concerns are based on the new provisions such as requiring farmers to enter into supply contracts with any procurer across the country.

Post-COVID: Will Journalists Be Just As Carried Away By Geopolitics And Techno-Nationalism?