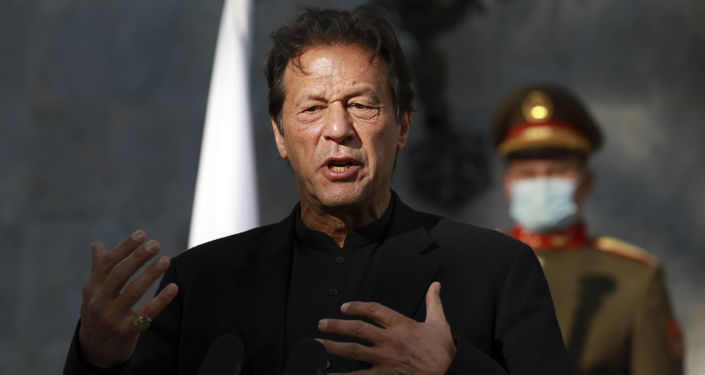 A report published in the Colombo Gazette suggests that Sri Lanka has cancelled a scheduled speech in parliament by visiting Pakistani Prime Minister Imran Khan in order to avoid a clash with India. The reason cited in the report is that Colombo is dependent on Delhi for COVID-19 vaccines.

Khan is expected to attend several high-level meetings, including with President Gotabaya Rajapaksa and Prime Minister Mahinda Rajapaksa, during his two-day trip to strengthen the bilateral relationship between the two countries. Khan is the first head of state to visit Sri Lanka since the outbreak of the COVID-19 pandemic.

“This visit will further reinforce our bilateral relationship and pave [the] way for joint ventures that mutually benefit both our nations”, Mahinda Rajapaksa said on 20 February.

Thank you for your invitation Prime Minister @PresRajapaksa. Looking forward to my visit to 🇱🇰 to further strengthen the friendship & cooperation between our two countries🇵🇰-🇱🇰.

​The engagements that Imran Khan will be a part of include a Business and Investment Forum meeting, as well as a sports diplomacy initiative.

Under India’s Neighbourhood First policy, Sri Lanka received half a million doses of free COVID-19 vaccines and these were administered as a priority to frontline health workers and members of the armed forces. It is expected that Sri Lanka will order an additional 10 million doses of the Oxford-AstraZeneca vaccine, which is being manufactured at the Serum Institute of India (SII) in Pune.

Earlier this month, India suffered a major setback as the President Gotabhaya Rajapaksa-led Cabinet abruptly scrapped the Colombo Port East Container Terminal project with India and Japan while clearing a mega renewable energy project funded by China on three islands off the coast of Jaffna, which is around 50 km from India’s coastal city of Rameswaram.

Later in the month, India’s High Commission in Colombo had to clarify the reports that the understanding between India and Sri Lanka on jointly developing and operating the Upper Tank Farm at Trincomalee had been “scrapped”.