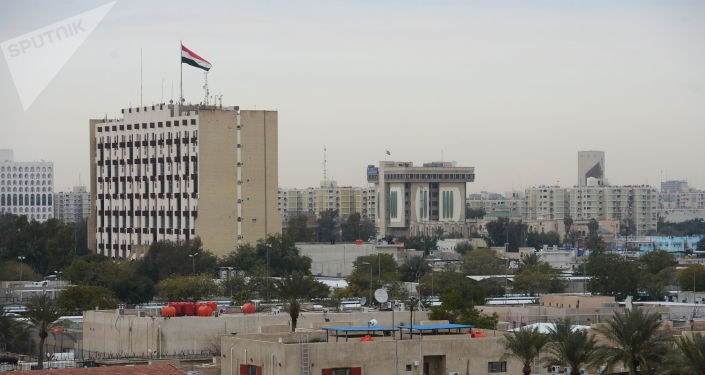 At least two rocket attacks have hit Baghdad’s so-called Green Zone, where the US Embassy is located, the Iraqi military said in a statement.

The Green Zone hosts foreign embassies and government buildings and is regularly the target of rockets fired by groups that U.S. and Iraqi officials claimed are backed by Iran, although the latter flatly denies it.

One of newly launched rockets reportedly fell within the borders of the high-security zone, while the others landed in surrounding residential neighbourhoods.

No casualties have been reported as yet.

This is the third attack over the past few days to target western diplomatic, military or commercial buildings in Iraq, after months of a relative lull in violence.

On 15 February, a civilian contractor was killed and at least nine other people, including a US soldier, were injured in a rocket attack on a military base used by US forces in Erbil, Iraq. The US and its allies almost immediately blamed Iran. Tehran promptly hit back at the claims, saying that it sees a secure Iraq as an essential ingredient for regional stability.

“Iran not only strongly rejects these rumours, but also flatly condemns suspicious attempts to attribute the attack to Iran,” Foreign Ministry Spokesman Saeed Khatibzadeh said at the time.

On the heels of the attack, the US said it will investigate it thoroughly adding that it reserves the right to retaliate.

A little-known Shia militia referring to itself ‘Saraya Awliya al-Dam’ (‘The Avengers of Blood Brigades’) claimed responsibility for the strike, and promised new ones against “American occupation” forces in Iraq.

What Risks Stem From the US Supreme Court’s Refusal to Take Up the 2020 Pennsylvania Election Case?

The Sputnik Intelligent Punter’s Guide to the 2021 Cheltenham Racing Festival: Part One

‘As in GETTR by the P**sy?’: Twitterians Mock New ‘Gettr’ Platform Launched by Trump Team