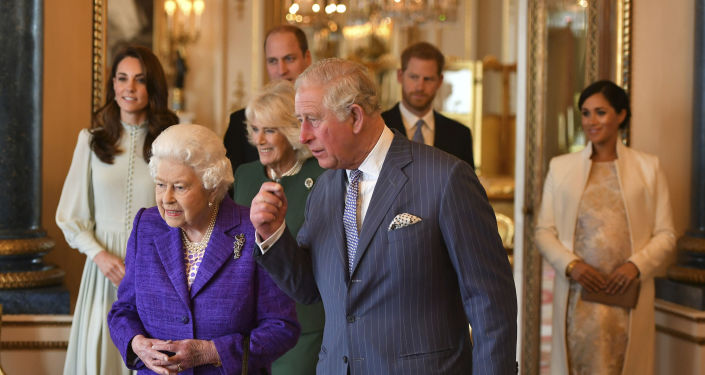 Queen Elizabeth and senior members of the royal family will appear on TV to address the nation on 7 March, just hours ahead of Oprah Winfrey’s interview with Harry and Meghan on CBS.

The traditional Commonwealth Service at Westminster Abbey on 8 March won’t be held this year because of the coronavirus crisis, so the monarch will deliver her speech a day earlier.

The change in the schedule may have important consequences as the forthcoming interview which the Sussexes gave to Oprah has already stirred much controversy on both sides of the Atlantic. The Mirror reported that the interview might have to be re-edited or even partially re-shot because of the rift it has caused with the Queen and Prince William, and because of the hospitalisation of 99-year-old Prince Philip.

According to reports, Harry and Meghan were shocked after the Queen stripped them of their royal and sporting patronages because of the “tell-all” interview.

“When the Duke and Duchess spoke, it was never envisaged they would have their patronages taken away. They didn’t see it coming and spoke as though they still had a role to play… Now, however, other than their titles, they are to have no role in royal life – a point producers know was not discussed when Winfrey spoke to them. Neither the Sussexes nor the TV crew saw the fall-out of their interview leading to this. Harry and Meghan thought they would retain their roles. But things have significantly changed for them since they eagerly sat for Winfrey and poured their hearts out”, a source told the Mirror

In January 2020, Prince Harry and his wife Meghan Markle said they wanted to give up the royal financial privileges, earn money on their own and spend their time between the UK and Northern America. Later, the Duke and Duchess bought a multimillion-dollar estate in Santa Barbara, California, and signed a film production contract with the American company Netflix.