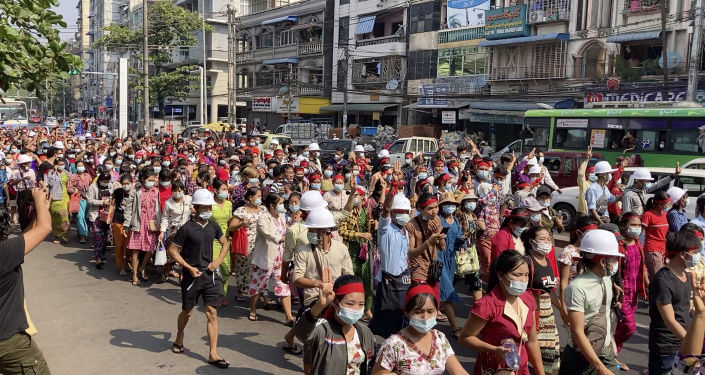 Sputnik is live from Yangon, Myanmar, as mass demonstrations against military rule are being held in the city, with a general strike announced by protesters.

The wave of rallies come after the Myanmar military arrested the head of the government Aung San Suu Kyi, President Win Myint, and the whole cabinet, formed by the National League for Democracy (NLD) on 1 February. The armed forces accused NLD of electoral fraud during the November 2020 vote and declared a one-year state of emergency.

As Armenians Hail Biden’s Decision to Recognise Genocide, Why is Israel Unlikely to Follow Suit?