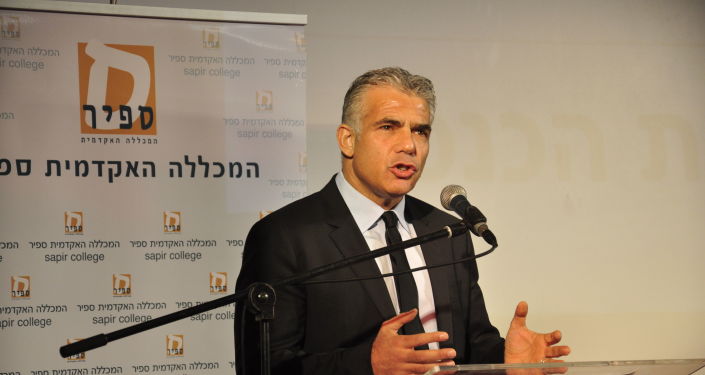 Lapid, who according to the polls has the best chance to unseat Netanyahu among all contenders for the prime minister position, lashed out at the incumbent prime minister for initiating an open conflict with the Obama-Biden administration in 2015 when he addressed Congress in an attempt to prevent the Iranian nuclear agreement form being signed.

“Prime Minister Netanayhu has made a mistake of affiliating himself way too much with the Republican Party, starting his conflict with President Obama and the administration in 2015, which escalated to his speech in Congress and then in ways becoming some sort of a branch… not even [of] a Republican Party… [but] a certain part of the Republican Party”, Lapid said during the virtual conference at the Brookings Institution.

It is the place of an Israeli prime minister for such involvement and the next Israeli leader needs to go back to make Israel acceptable to “both sides of the aisle”, Lapid added.

According to Lapid, anger and resentment at Obama’s White House prevented Israel from becoming a party to the multilateral talks on the Iranian nuclear problem and now that the 2015 nuclear agreement – formally known as Joint Comprehensive Plan on Action (JCPOA) – will likely be revisited given that it is vital for the country to reclaim its place at the negotiating table.

“Part of the obstacles that were created after Prime Minister Netanyahu’s speech at Congress in 2015 is that we were not even near the table, where decisions were made, because of the anger, the resentment prevented us from being there. Even the kind of intelligence only Israel has was not on the table while discussing the details of the JCPOA”, Lapid said.

The opposition leader also said the first goal for Israel is to be around discussing with the Biden administration, showing them what Israel has and thinks.

However, Lapid agreed with Netanyahu’s assessment that the 2015 nuclear agreement with Iran was not the best solution and needs to be improved.

In response to an announcement that the Biden administration is willing to negotiate with Iran a United States’ return to the agreement, Netanyahu said last week the accord paves the way for Iran to obtaining a nuclear arsenal. The Prime Minister’s Office said in a statement that Israel is in close contact with the United States on this matter.