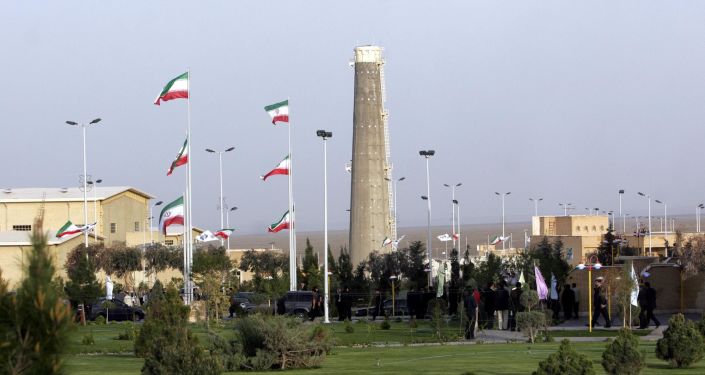 “President Biden and Secretary of State Blinken have stated their readiness to rejoin the JCPOA if Iran returns to full compliance. It is in Iran’ best interest to change course now before the agreement is damaged beyond repair”, Maas said at the Conference on Disarmament.

The minister added that Berlin expected that Tehran would fully implement the agreement, demonstrate transparency and continue cooperation with the International Atomic Energy Agency (IAEA).

During his campaign, US President Joe Biden stated that the US would return to the JCPOA if Iran complied with the deal’s provisions, with the president’s stance being later confirmed by US Secretary of State Antony Blinken.

In 2015, Iran signed the Joint Comprehensive Plan of Action with the permanent members of the UN Security Council, Germany and the European Union. The agreement required Iran to scale back its nuclear program and downgrade its uranium reserves in exchange for sanctions relief, including lifting the arms embargo five years after the deal’s adoption.

The Trump administration exited the deal in 2018 and reinstated sanctions against the Islamic Republic.

© AP Photo / Vahid Salemi
In this April 9, 2009 file picture Iranian technicians work at a new facility producing uranium fuel for a planned heavy-water nuclear reactor, just outside the city of Isfahan, 255 miles (410 kilometers) south of the capital Tehran. Iran is lagging behind on equipping a bunker with machines enriching uranium to a grade that can be turned quickly to arm nuclear warheads and now says will produce less at the site than originally planned, diplomats tell The Associated Press.

In December, Iran passed a law to increase its uranium enrichment and stop UN inspections of its nuclear sites in response to the killing of nuclear physicist Mohsen Fakhrizadeh.

In early January, Iran’s atomic energy organisation announced that the country had succeeded in enriching uranium to 20 percent at the Fordow Fuel Enrichment Plant. Last week, Tehran decided to limit the inspection of its nuclear sites by the IAEA.