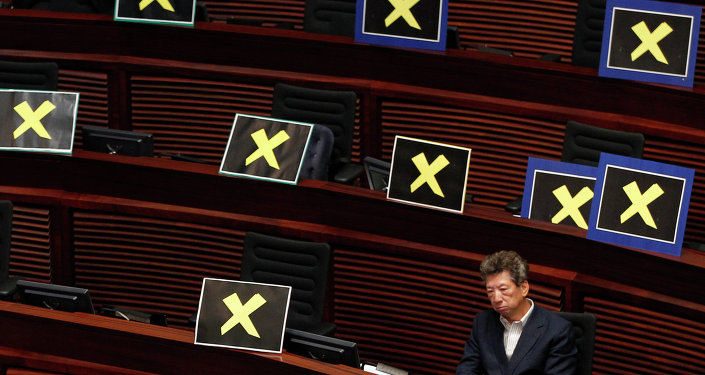 China will reshuffle a body tasked with selecting the city’s chief executive in a bid to block pro-secessionist lawmakers and replace them with people backing Beijing, the Wall Street Journal reported on Monday, citing people familiar with the matter.

The news comes after Xia Baolong said in a speech on Monday Hong Kong’s executive, legislative and judicial branches must consist of “true patriots”, adding opponents of the Chinese and Hong Kong governments were “destroyers” who should lose their influence in the future.

The sources added, details in the new law would be completed before the National People’s Congress meeting on 5 March.

The news comes after waves of violent pro-secessionist protests hit the special administrative region in 2019, forcing Beijing to crack down via a National Security Law which entered force in August last year.

A government spokeswoman in Hong Kong did not immediately comment on the plans to change the electoral body.

The news comes amid deteriorating relations between the United Kingdom and China, namely after UK Foreign Secretary Dominic Raab called on the United Nations Human Rights Council (UNHRC) to investigate alleged “systematic” human rights violations in China’s Xinjiang province and Hong Kong in a speech to the organisation on Monday.

The House of Lords voted in favour of an amendment blocking countries accused of genocide and human rights abuses in early February, which will be passed to the House of Commons for debate.