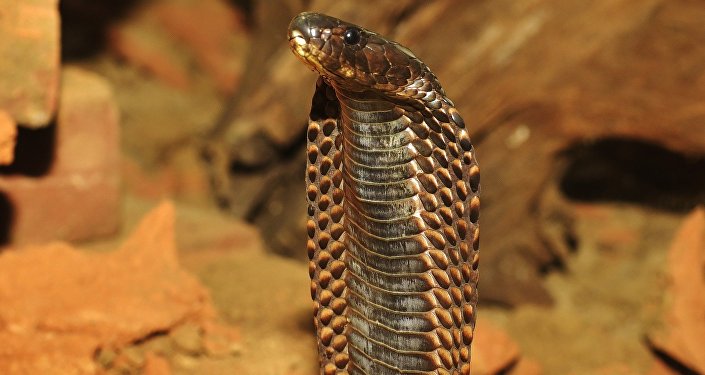 Soldiers who drink snake blood and eat live geckos and scorpions in field training sessions stand a high risk of coming down with a coronavirus-type or zoonotic disease and could thus even trigger a new pandemic, campaigners from the animal rights group PETA have warned.

In a letter to UK Defence Secretary Ben Wallace that was published on the group’s website, it expressed concern over thousands of international troops annually taking part in the Cobra Gold joint military exercises in Thailand, where so-called “survival” drills reportedly envisage killing and eating certain insects and animals.

For instance, at last year’s event, American troops were captured on camera skinning and gnawing at lizards and scorpions, as well as drinking blood from a decapitated snake while passing it around to one another, which spawned a storm of reactions from the general public.

PETA pointed out to Wallace that the US Centres for Disease Control and Prevention had already mentioned that 75 percent of recently emerging infectious diseases affecting people began as diseases originating in and transmitted by animals.

Since the 1970s, it’s estimated that no fewer than three dozen infectious diseases have emerged as a result of human interference with animals – SARS, MERS, Ebola, bird flu, swine flu, and the Zika virus are just a few. The same refers to the novel coronavirus infection, as a number of scientists claim that the highly contagious COVID-19-causing virus had its origins in bats, before being transmitted to humans via other species.

For example, the snakes involved last year were king cobras, listed by the IUCN as vulnerable, which implies they face “a high risk of extinction in the wild in the immediate future”.

The group urged Wallace to use his leverage to call on the organisers to drop the live animal drills and replace them with “more effective and ethical” animal-free training methods, despite the government saying no UK troops take part in those field trainings in Thailand.

Yet, two British military planners attended last year’s exercise, and one will go to this year’s exercise in August, a report in The Independent has it.

Tinder Users Will Soon Be Given Background Checks on Potential Dates