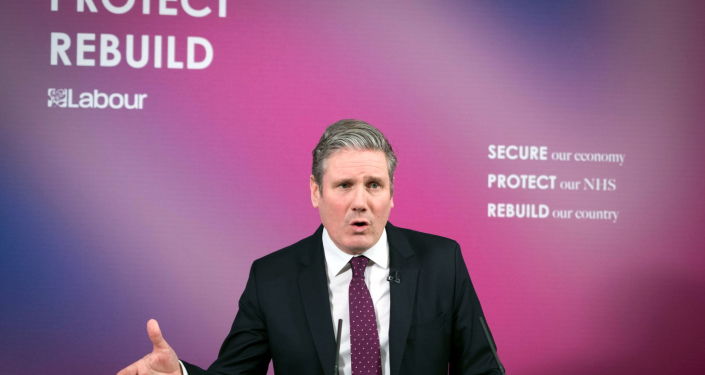 In an interview with Sky News’ Sophy Ridge broadcast on Sunday morning, the opposition leader sounded more like Prime Minister Boris Johnson when he said: “I don’t want to call for him to resign”.

“I do think he’s wrong about the contract”, Starmer added “I think that is a real cause for concern. But at this stage of the pandemic I want all government ministers working really hard to get us through this”.

​The Labour leader insisted: “Whatever the political differences, what the public know is… the vaccine roll-out needs to succeed”.

But Starmer quickly came under fire from Labour-affiliated super-union Unite. Assistant General Secretary for Politics and Legal Howard Beckett tweeted: “Trade Union members to do not fund the Labour Party so its leader can prop up Tory Ministers”.

​On Friday, a High Court judge ruled that Hancock had acted unlawfully by failing to publish details of some government contracts to buy Personal Protective Equipment (PPE) for frontline healthcare workers within the mandatory 30-day period.

The case was brought by the Good Law Project, whose director, Jolyon Maugham, is a strident critic of the government who has previously gone to court in repeated bids to block the UK from leaving the European Union.

In his ruling, High Court Justice Martin Chamberlain also criticised three opposition MPs — Labour’s Debbie Abrahams, Liberal Democrat foreign affairs spokeswoman Layla Moran, and sole Green MP Carolyn Lucas — for attaching themselves to the case after it was launched. Chamberlain said that “may leave the public with the impression that the proceedings are an attempt to advance a political cause”.

Hancock was also out on the Sunday morning TV rounds, justifying his conduct to the BBC’s Andrew Marr on the grounds that PPE was desperately needed in the first months of the coronavirus pandemic.

“People can make up their own view about whether I should have told my team to stop buying PPE and spent the time bringing forward those transparency returns by just over a fortnight”, he said.

“Or whether I was right to buy the PPE and get it to the front line. You tell me that that’s wrong — but you can’t”.

Starmer and his Shadow Justice Secretary David Lammy also raised hackles with teaching unions on Sunday when they backed Johnson’s timetable of 8 March for all pupils to return to schools, currently closed under the third COVID-19 lockdown for all but vulnerable and special needs children and those of key workers.