Prince William is ‘Sad and Shocked’ By Harry’s Behaviour Towards the Queen, Report Says 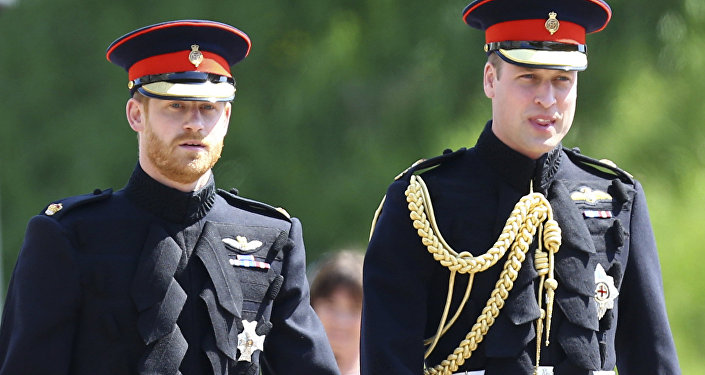 Prince William is “really sad and genuinely shocked” by his brother’s behaviour towards the Queen, The Times reported citing sources close to the monarch. According to the newspaper, the Duke of Cambridge was stunned by Prince Harry and Meghan Markle’s response to Her Majesty, which the source described as “petulant and insulting to the Queen”.

“Don’t disrespect your granny, Harry”, one source told The Times. “You don’t answer the Queen back — it’s just not done”, said the another.

According to The Times, the row between Prince William and Prince Harry may become the most serious royal rift since the Edward VIII abdicated the throne in 1936 after he faced condemnation for his desire to marry US divorcée Wallis Simpson.

A royal aide told the newspaper that despite the rift Prince William misses his brother.

“Once he got over the anger of how things happened, he was left with the absence of his brother. They had shared everything about their lives — an office, a foundation, meetings together most days — and there was a lot of fun along the way. He’ll miss it forever”, the aide said.

On 8 January 2020, the Sussexes announced their decision to step down from senior roles in the Royal Family in order to become financially independent. In their statement, the Sussexes said they wanted to balance their time between the United Kingdom and North America, but emphasised that they would continue honour their duties to the Queen, the Commonwealth, and their patronages.

The decision shocked Britain and allegedly sparked discord in the family, as reports suggested the couple informed Her Majesty and other members of the Royal Family of their decision just minutes before it was publicly announced (other reports suggested they learned about it from the news). Opponents of the move claimed it was Meghan Markle’s idea and thus the departure was dubbed Megxit.

The Sussexes and senior members of the family agreed upon a transition period that should have been reviewed last spring, but was postponed due to the coronavirus pandemic. Earlier this month, the UK media reported that Prince Harry is keen on retaining his honorary military titles as well as the patronages he and Meghan Markle curated. The Duke of Sussex was set to touch upon the subject during a meeting with the Queen this summer.

The British monarch, however, made the first move – two days ago Buckingham Palace announced that the couple wouldn’t be returning as working members of the Royal Family. The move also stripped Harry of his honorary military titles and patronages.

Commenting on the decision, royal experts say the Palace believes it will be difficult for the Sussexes to curate their patronages, while they spend time in the United States.

Minutes after Buckingham Palace made the announcement, the couple issued a response via a spokesman.

“We can all live a life of service. Service is universal. As evidenced by their work over the past year, the Duke and Duchess of Sussex remain committed to their duty and service to the UK and around the world, and have offered their continued support to the organisations they have represented regardless of official role”, read the response.

Royal author Penny Junor described the Sussexes’ response as “two fingers at the institution – the men and women, who run it”.

Despite the rift sources close to Buckingham Palace and Prince Harry and Meghan Markle say that there is desire on both sides to get back to normal.