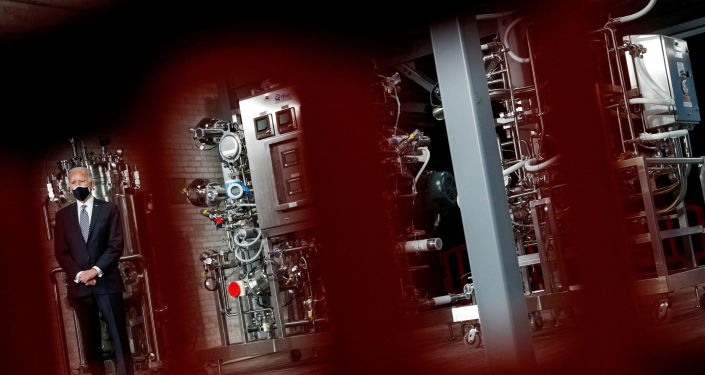 The pronunciation of Meijer, a supermarket chain in the US Midwest, has become the centre of online scrutiny after President Joe Biden mentioned it in his Michigan speech on Friday.

“Here in Michigan, that’s already more than 220 pharmacies, like Rite Aid and Meijers, in more than 130 Michigan cities. And that’s just the beginning. It’s only been four weeks”, Biden said as seen in the transcript, published on the White House’s official site.

Although the way he pluralised the name of the business left some Twitter users scratching their heads, Michigan residents came to Biden’s defence and even praised him for using the vernacular pronunciation of the supermarket, which they say comes from its old name “Meijer’s Thrifty Acres”.

​Not everyone was pleased with the locally-flavoured way of pronouncing the retailer’s name – or rather spelling it – with many pointing out that even if one pronounces it with an “s”, this is a possessive case rather than a plural marker, and hence should be written with an apostrophe.

​Others simply refused – and quite dramatically at that – to accept the Michigan variant.

Whoops, Not My Hooman! Cat Accidentally Enters the Wrong House, and Its Reaction is Priceless