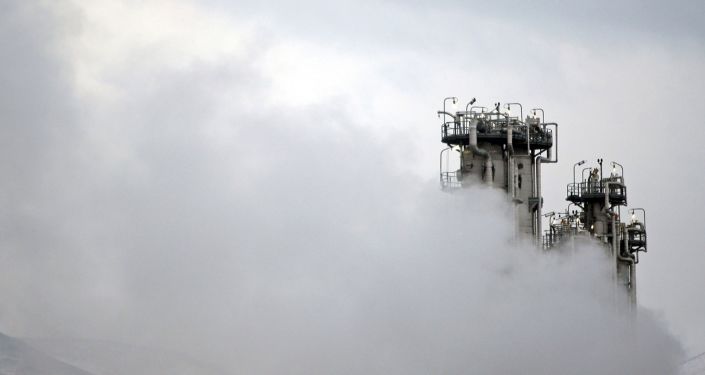 “Iran and the IAEA held fruitful discussions based on mutual respect, the result of which will be released this evening”, Gharibabadi said on Twitter, following IAEA Director General Rafael Grossi’s meeting with Vice President and Head of Atomic Energy Organisation of Iran Ali Akbar Salehi.

Grossi arrived in Tehran on Saturday night for an emergency visit after being notified by Tehran that IAEA inspectors will no longer be allowed at Iranian nuclear facilities beginning from Tuesday, 23 February.

Earlier on Sunday, Grossi also met with Iranian Foreign Minister Javad Zarif to discuss the bilateral cooperation under the Safeguards Agreement and other outstanding issues.

In December, Iran passed a law to increase its uranium enrichment and freeze IAEA inspections of its nuclear sites in a bid to achieve the removal of US economic sanctions.

Iran said that its actions were still reversible but stressed that the removal of sanctions was a prerequisite. This is also something that Iranian President Hassan Rouhani told his Turkish counterpart, Recep Tayyip Erdogan, in a phone call that took place earlier on Sunday.

“The lifting of sanctions by the United States is a legal and reasonable demand from Iran, which we have emphasised several times, and Iran will return to its obligations at the same time with the lifting of the sanctions. Iran’s strategy, as has been repeatedly stated, will be action against action”, Rouhani said.

In 2015, Iran, China, France, Germany, Russia, the United Kingdom, the United States and the European Union signed a nuclear deal, known officially as the Joint Comprehensive Plan of Action (JCPOA), stipulating the removal of international sanctions from Tehran in exchange for it scaling down its nuclear programme. In 2018, the United States unilaterally withdrew from the deal and reimposed sanctions on Iran. Tehran responded by gradually abandoning its own commitments.