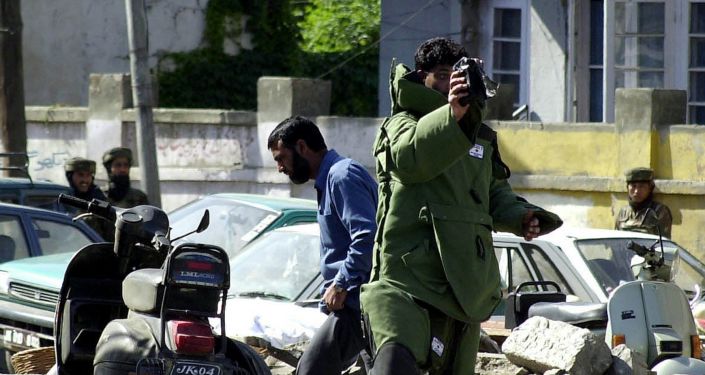 India’s security agencies have busted a hideout in the Union Territory of Jammu and Kashmir following the arrest of a conspirator involved in a planned attack near a roadside eatery in the capital city Srinagar earlier this week.

The attack was thwarted by the security agencies on the day foreign envoys arrived in Kashmir. ​

In a separate incident, the son of the owner of a popular eatery was shot at by terrorists who ran away. This eatery was close to the hotel where the 20 foreign envoys were staying overnight for the trip in Srinagar, The Week reported, quoting news agency PTI. The son of the food joint owner was later admitted to the hospital.

​During their two-day visit, the foreign envoys took stock of the overall security and human rights situation in Jammu and Kashmir. They met civil society representatives and other locals, in a bid to gauge the overall mood in the region.

The envoys were in Srinagar on 17 February, before making their way to Jammu, the biggest city in the state, on 18 February.