India, China Agree to Sort Out Residual Issues After Thousands of Troops Withdraw From Pangong Lake 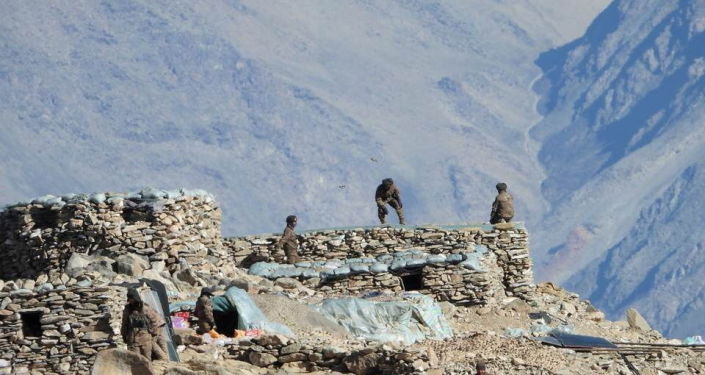 A 16-hour-long marathon meeting between military commanders of India and China ended on a positive note on Sunday morning, as the two sides agreed to work on a roadmap to address the remaining issues in the Ladakh region.

“We have agreed to continue the discussion on details to address residual issues pertaining to disengagement in Gogra-Hot Springs and patrolling rights in Depsang Bulge area”, government sources in New Delhi told Sputnik on Sunday.

The 10th round of military commander-level meetings started at 10 a.m. on Saturday and continued until 2.30 a.m. on Sunday.

As China has withdrawn more than 10,000 troops and over 300 tanks from the Pangong Lake area over the last 10 days following the 10 February disengagement agreement. India’s National Security Adviser Ajit Doval and Chinese Foreign Minister Wang Yi will meet early next month to sort out differences in perception over the loosely demarcated Line of Actual Control.

“Disengagement in Pangong Lake area is fully complete as per the agreement and has been jointly verified by both sides”, defence officials in New Delhi said.

Indian Defence Minister Rajnath Singh on 13 February also made it clear that there are outstanding problems to be addressed, including at Hot Springs, Gogra, and Depsang.

“The troops there are not in contact but we want to go back to our respective permanent posts in these areas as well. That will not take so much time. Disengagement in these areas will be resolved very smoothly in day time”, Joshi said.

However, the commander pointed out that Depsang is a very old issue and “is not related to the present imbroglio because of which we have launched Operation Snow Leopard”.

The Indian Army termed its plan to counter what it sees as Chinese “aggression” in the Ladakh region as “Operation Snow Leopard”, under which it occupied the strategic heights in the Kailash Range.

Meanwhile, the China’s Defence Ministry on Friday confirmed Chinese casualties in the Galwan clash, which took place on 15-16 June 2020. The ministry said that four People’s Liberation Army soldiers were killed in the clash.

“We must note that the Galwan Valley skirmish in June of last year is the Indian military’s responsibility, as they illegally trespassed the Line of Actual Control, initiated the incident and violently assaulted and attacked the Chinese military, causing casualties on both sides”, Colonel Ren Guoqiang, a Defence Ministry spokesperson, said in a release on Friday.

The stand-off started in April 2020 over border infrastructure near Pangong Tso and escalated into a violent clash on 15-16 June, in which 20 Indian soldiers were killed. The two sides reached an agreement on 10 February after nine rounds of military commander-level talks, besides diplomatic negotiations.