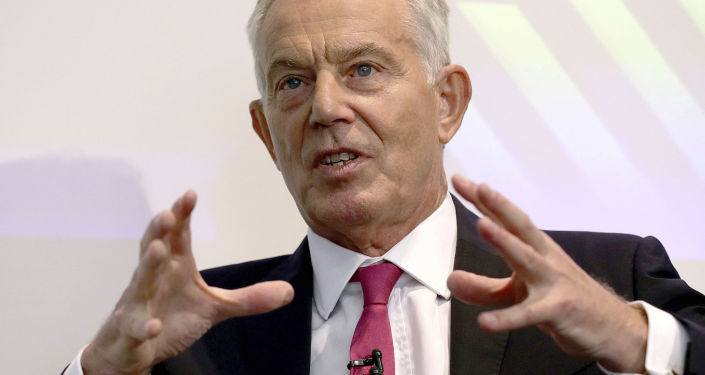 Former UK Prime Minister Tony Blair has reportedly been cut out of the Number 10 briefing loop after allegedly passing off government COVID-19 policies as his own.

Conservative Health Secretary Matt Hancock has “stopped talking” to the former Labour leader over his behaviour, a government source told the Mail on Sunday.

Blair made headlines just before Christmas with his call on PM Boris Johnson to concentrate on giving first doses of coronavirus vaccines to the roughly 15 million most vulnerable before following up with their second booster jabs. He also espoused mass testing before it was announced as government policy.

“Matt was briefing Blair as a courtesy to a previous Prime Minister. But he cottoned on that Blair was milking these conversations”, the source said. “And that’s when Hancock said, ‘I’m not going to talk to you any more'”.

Speaking to Sky News’ Sophy Ridge on Sunday morning, the health secretary dodged the question of whether the two had fallen out.

Tory MPs have also complained that “Tony Blair appears to be going round still pretending he is PM”, the source said.

​Blair became the first Labour leader to win three general elections in a row between 1997 and 2005. But he drew criticism from the Left for ‘triangulating’ the Tories by stealing their most popular policies — and moving further to the right than his predecessor John Major had dared. His vocal praise of former Conservative PM Margaret Thatcher, still a divisive figure in British politics, was also deemed controversial.

Last month a confidant of the former PM told the Sunday Times that Blair was planning a “De Gaulle-style” grand return to British politics, 14 years after he was unceremoniously forced out of Number 10 by party colleagues led by then-chancellor Gordon Brown.

The World War II leader of the Free French forces General Charles De Gaulle made a return to French politics in 1958, when he was installed as president in a military coup d’etat. Following several attempted assassinations and a wave of strikes and protests in 1968, he resigned the following year.

Magacoin: Over 1,000 People Sign Up to Pro-Trump Cryptocurrency, Report Says