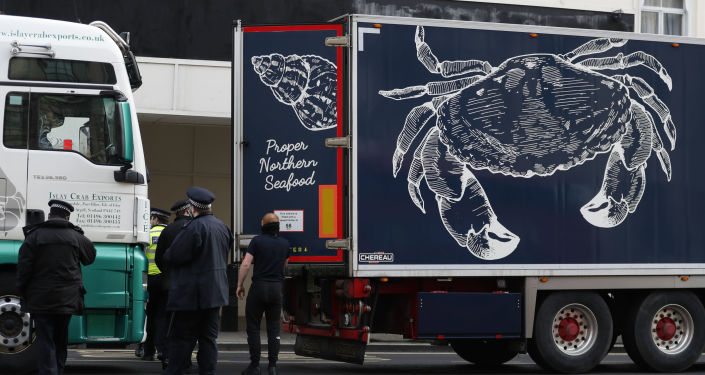 The British government may restrict the import of European bottled mineral water into the country in retaliation for the EU’s refusal to end its blockade on UK shellfish, The Telegraph cited unnamed sources as saying on Sunday.

The sources claimed ministers are considering tit-for-tat measures that include proposals dubbed “Water Wars” stipulating the UK ending a spate of “continuity arrangements” that London earlier concluded with Brussels.

“There is thought being given to where we can leverage in other areas. We have continuity arrangements […] we can stop these which means they won’t be able to sell their produce here”, the insiders said, referring to imports of European seed potatoes, among other things.

Archive from our kitchen: British clams cooked with fennel and aromatics. Now more than ever, it is important to support the British shellfish industry. Clams are easy to cook: sauté with lots of garlic in butter and white wine to create a light sauce, ideal for dipping focaccia. pic.twitter.com/J3TndJAFNL

Earlier in February, Brussels refused to scrap its blockade of UK shellfish, telling British fishermen that they are barred indefinitely from selling live mussels, oysters, clams, and cockles from the UK’s so-called “Class B” waters to EU member states.

The move means that as a separate country now, the UK is not allowed to transport live shellfish to EU countries unless they have already been treated in special purification plants.

Eustice, for his part, slammed Brussels’ ban on unpurified mollusks as an “indefensible” decision that he warned may devastate the country’s fishing industry.

He was echoed by David Frost, the UK’s chief Brexit negotiator, who is currently tasked with tackling the shellfish spat.

The remarks came after more than 20 shellfish trucks, including one with the slogan “Brexit carnage”, parked just metres from 10 Downing Street in central London in mid-January.

The shellfish exporters explained that they were protesting against post-Brexit bureaucracy, which they claimed is hampering their businesses.