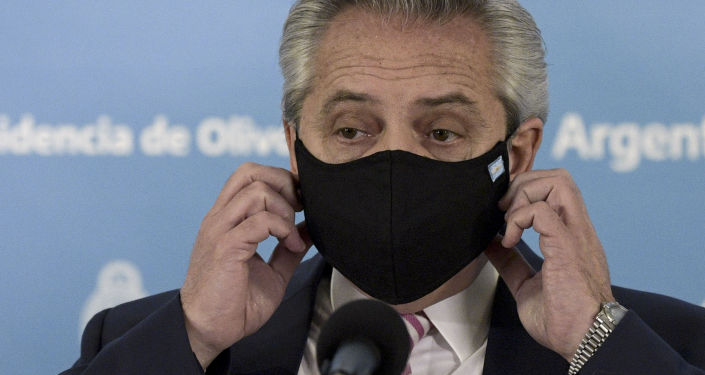 The Fernandez administration said on Saturday that the Norwegian Nobel Committee had accepted the proposal of a group of Bolivian deputies to nominate Fernandez for his “determined and courageous attitude that allowed to save the life” of former president Evo Morales.

Morales resigned as president and left Bolivia in November 2019, under pressure from the military, after the Bolivian opposition, led by Carlos Mesa, claimed that there were mass violations during the October 2019 vote. Most of Bolivia’s senior officials resigned in his wake. Power in the country was assumed by the opposition vice-speaker of the senate, Jeanine Anez. Morales called the events a coup.

Anez arranged for a new presidential vote, which took place on October 18, 2020. The election was won by Luis Arce from Morales’ Movement for Socialism party (MAS).

Morales reacted to Arce’s victory by saying that the Bolivian people managed to regain political power via democracy, not a coup, and calling the victory a “great triumph of the people”. Morales returned to Bolivia in November 2020 after being self-exiled in Mexico and Argentina for almost a year.