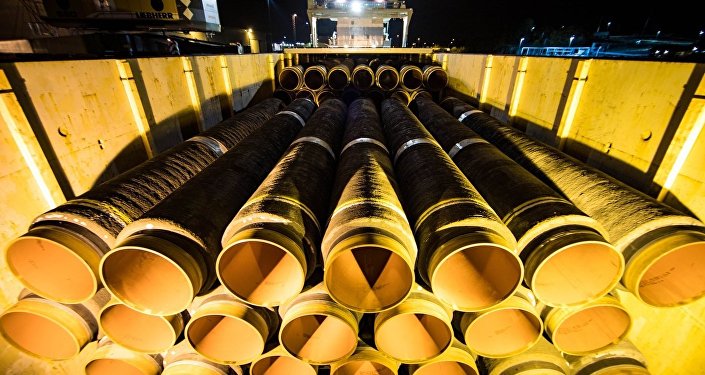 Berlin has created a dilemma for the Biden administration over the Nord Stream 2 gas pipeline project, journalist Daniel Brossler argued in an article for the German newspaper Suddeutsche Zeitung.

According to him, although US President Joe Biden expressed willingness to improve relations with his German colleagues, Nord Stream 2-related disagreements remain a serious obstacle to such a rapprochement.

“Biden and Secretary of State Antony Blinken have repeatedly made it clear how much they care about bolstering the US’ ties with its allies, especially Germany, which were particularly badly treated by [former President Donald] Trump. However, the example of Nord Stream 2 shows how difficult it could be to flip the switch in practice”, the author noted.

In an apparent nod to the pipeline project, Brossler warned that the US president possibly “getting along” with the federal government may jeopardise consensus in one of the few areas where Democrats and Republicans share a common stance.

The author stressed that it remains unclear what Biden’s concessions may be, given Berlin’s irreconcilable position on the future of Nord Stream 2.

At the same time, the journalist insisted that Germany needs to seize the opportunity to expand its partnership with the US, and that success will mainly depend on “whether the German side makes an interesting offer”.

The memo described Nord Stream 2 as a “potent new geopolitical tool for Russia, allowing it to deprive Ukraine, Slovakia, and other nations of transit fees”.

“It would tie Western Europe to Russian gas, and the political coercion that accompanies it, for the next 40 years”, the memo alleged, labeling the pipeline as a “dangerous project”.

The US State Department, in turn, pointed out that the Biden administration “will monitor activity to complete or certify the pipeline and, if such activity takes place, make a determination on the applicability of sanctions”.

Earlier, Biden claimed that Nord Stream 2 was a “bad deal for Europe”, while German Environment Minister Svenja Schulze insisted that Berlin will continue to rely on gas “until about 2040”.

The US lawmakers’ letter to Biden comes amid calls for the EU to level new sanctions against Russia and companies involved in the pipeline’s construction, something that Russian Foreign Minister Sergei Lavrov warned may have a negative impact on European economies.

Last month, German Chancellor Angela Merkel slammed a spate of ex-territorial US sanctions against companies involved in the implementation of the Nord Stream 2 project as “inappropriate”.

When completed, Nord Stream 2 will transport up to 55 billion cubic metres of gas per year from Russia to Germany, thereby doubling the capacity of the existing Nord Stream network, and turning Germany into a gas hub.

The US and some of its allies in Europe have repeatedly criticised the project, claiming that it will increase European dependence on Russian gas. Moscow denies the allegations, saying that Nord Stream 2 is purely economic and urging the US not to politicise it.

Biden Says US Airstrikes in Syria Are Telling Iran ‘You Can’t Act With Impunity, Be Careful’