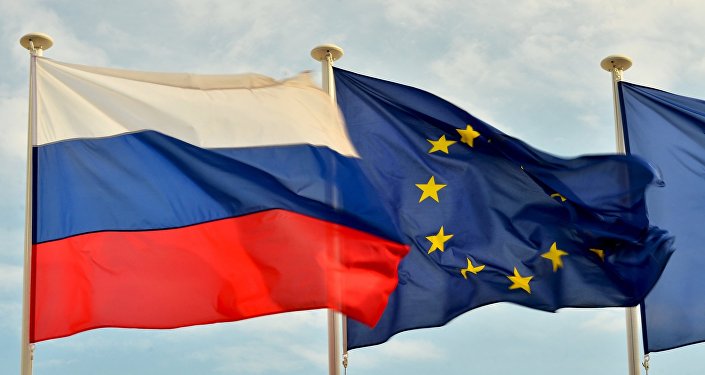 Austria will support the introduction of sanctions as long as the list of targets is “politically literate and legally reliable,” the minister told German newspaper Welt am Sonntag, warning against hasty decisions.

“Otherwise we will chop the branch we are sitting on”, Schallenberg added.

The Austrian minister wants the European Union’s relations with Russia to be “with boundaries established where necessary and dialogue where possible”.

EU foreign ministers are set to meet on Monday to discuss the ways in which the bloc could respond to the Navalny situation. According to Schallenberg, the ministers will likely ask the European External Action Service to draft a list of persons and organisations to be sanctioned, including entry bans and asset freezes.

© Sputnik / Iliya Pitalev
Employees work at the construction site of the Nord Stream 2 pipeline outside the town of Kingisepp, Leningrad region, Russia

On Saturday, a court in Moscow fined Navalny 850,000 rubles ($11,500) for the defamation of a World War II veteran. The family of the 95-year-old man said that he had suffered severe physical and emotional harm from reading Navalny’s damning comment about him on the internet. The jailed blogger did not plead guilty. He currently serves a 3.5-year sentence for financial fraud.

Such European countries as Poland and Romania, as well as the three Baltic states, have repeatedly asked Brussels to sanction Moscow over Navalny, specifically by targeting Nord Stream 2, an offshore pipeline designed to pump gas from Russia directly to Germany via the Baltic Sea bed. When the pipeline becomes operational, some of these countries, as well as Ukraine, will lose their sizable income from onshore transit fees.

Germany and Austria, both of which have companies involved in the pipeline’s construction, have so far stood in opposition to sanctioning Nord Stream 2.

Kremlin Doesn’t Rule Out Shutdown of Visa, MasterCard in Russia