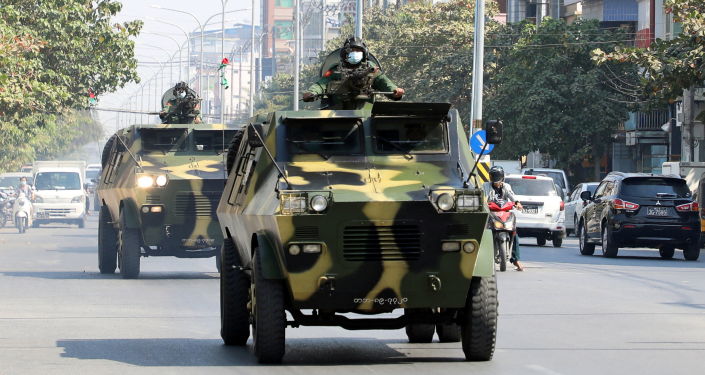 At least two people have been shot dead and ten others injured during clashes in the city of Mandalay, according to the news portal Myanmar Now. The incident reportedly occurred at the Yadanarbon shipyard, located on the Irrawaddy River, as police targeted protesters with live rounds and rubber bullets.

In the meantime, AFP reported that “two people were killed and about 30 others injured”, citing a Mandalay-based volunteer emergency rescue team.

Multiple users on social media are posting gruesome photos allegedly taken at the site of the shooting, showing victims of the clashes. Some of the posts show a young man allegedly shot by police, with part of his head apparently blown open.

Protests have been ongoing in Myanmar since the military arrested the head of the government, Aung San Suu Kyi, President Win Myint, and other senior officials on 1 February. The armed forces accused the Cabinet of voter fraud during the November election, and vowed to hold another vote next year.

Russia Sends Series of Proposals to US on How to Stabilize Relations, Ambassador Says