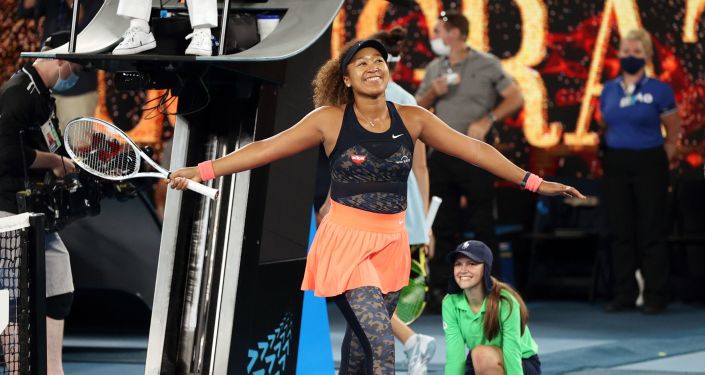 Japan’s Naomi Osaka, 23, left many netizens puzzled during her acceptance speech at the Australia Open. The athlete went on to praise her rival Jennifer Brady, 25, but because of one awkward moment, it came across as though she might have been trolling her opponent.

At the beginning of her speech, Osaka turned to Brady and asked, “Do you like to be called Jenny or Jennifer?”

Osaka then said: “Firstly, I want to congratulate Jennifer.”

I love how Naomi Osaka politely asked Jennifer Brady if she preferred to be called “Jennifer” or “Jenny,” then completely ignored what she said 😆pic.twitter.com/b8UzciMQnF

​Osaka’s gaffe instantly went viral and divided the Twitter crowd. While some users said that this must have been a slip of the tongue due to being nervous, others argued that the Australian Open winner called Brady by her full name deliberately.

How is it that she doesn’t know Brady prefers Jenny? Are these kids so insulated and self absorbed that they don’t know something this simple?

What’s to like about that…? If Serena did that so many would call that rude. And talk about the disrespect every time her name came up and before every match.

She was nervous. I think she meant no harm. Jenny’s look was priceless though.

Nerves. She is absolutely genuine. ❤️💪

I love her!!! Everybody thinks it’s her nerves, but it’s just her personality and how God genuinely made her! She is a BEAST with a kick azz personality to match!!

Naomi’s at the top of her game on the court but behind the mic she’s not comfortable at all, Jenny won the ceremony game. Naomi’s going to have a lot of chances to get better in that respect as the years pass, tho.

Osaka defeated the US’ Brady in the Australian Open final 6-4, 6-3 in 77 minutes. Her victory marks the second time the Japanese national has won the tournament.

The annual Australian Open is the first part of this year’s four Grand Slam events. Naomi Osaka’s game on Saturday has as well brought her fourth Grand Slam win.