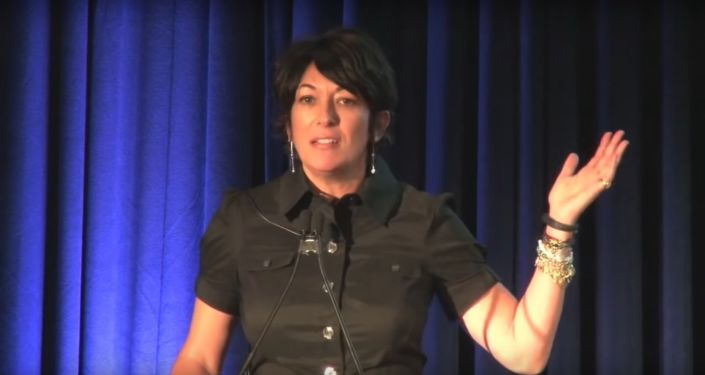 According to the Daily Mail report, in the book, Ticking Clock: Behind the Scenes at 60 Minutes, devoted to the prominent producer’s time working at the famous investigative show, Rosen says that the conversation with Maxwell took place in early 2016, prior to the presidential election.

Rosen states that he acted on a “hunch” that the video recordings existed, so he just asked Maxwell to hand the tapes on Trump over to him.

Rosen states that he told the socialite to “ask Epstein”, and that the “fate of the country is at stake.”

“Trump could be elected president and how would you feel if those tapes emerged after he was in office?” Rosen asked Maxwell.

Nonetheless, Maxwell did not support Rosen’s fears, noting that, as in accordance with journalistic ethics, it would be necessary to publish not only incriminating evidence on Trump but also on Clinton.

“She gave me a stern look and pointed a finger in my face. She said: ‘I am the daughter of a press baron. I know the way you people think. If you do one side, you must do the other. If you get the tapes on Trump you have to do Clinton’,” he wrote.

According to the author, he replied by saying: “I will. I will go wherever the story goes.”

But Maxwell stressed that she did not know the whereabouts of the alleged footage, as Epstein “never shared with her the location of the tapes.”

“Maxwell didn’t want Trump elected, but said that Hillary Clinton was comfortably ahead and there was no need for the story to come out,” Rosen wrote, referring to the high ratings of Democratic presidential candidate at the 2016 election, Hillary Clinton, prior to the vote. The polls turned out to be incorrect.

Earlier, Maria Farmer and Virginia Roberts Giuffre, two of the pedophile’s victims, have claimed that they saw a room full of CCTV monitors in Epstein’s New York mansion with some cameras reportedly mounted in the bathrooms.

According to an earlier Daily Mail report, flight records have shown that Bill Clinton took at least 26 flights on Epstein’s private jet, also dubbed the “Lolita Express,” and photos obtained by the outlet have pictured him getting a massage from a young woman, who is alleged to be one of the women procured by Epstein to travel on board.

Bill Clinton has reportedly denied all the allegations that he was aware of Epstein’s behavior, and said that he was traveling on board the billionaire’s planes only for the purpose of his foundation work.

Rosen suggests that rich men of Palm Beach invested with Epstein “after being extorted with pictures from nights of debauchery.”

David Boies, a lawyer who represents a number of Epstein’s victims, is among those who have presumed that there were hidden recordings of high-ranking friends’ visits to the mogul’s property. He claimed that among other powerful men caught on those tapes was Prince Andrew of Britain and that the pedophile had surveillance systems at his houses in both New York and in Florida.

Maxwell is currently being held in Brooklyn at the Metropolitan Detention Center as she faces trial on charges of child sex trafficking. The trial is expected to begin in July on charges that the former socialite procured teenage girls for Epstein, and committed perjury during 2016 depositions in a civil case. Maxwell has pleaded not guilty to all charges.

Epstein, who was facing up to 45 years behind bars upon conviction, committed suicide in his prison cell during his pretrial detention in Manhattan’s Metropolitan Correctional Center, authorities said.

Developer of Sputnik Light Vaccine Files for Approval in Russia, Other Countries