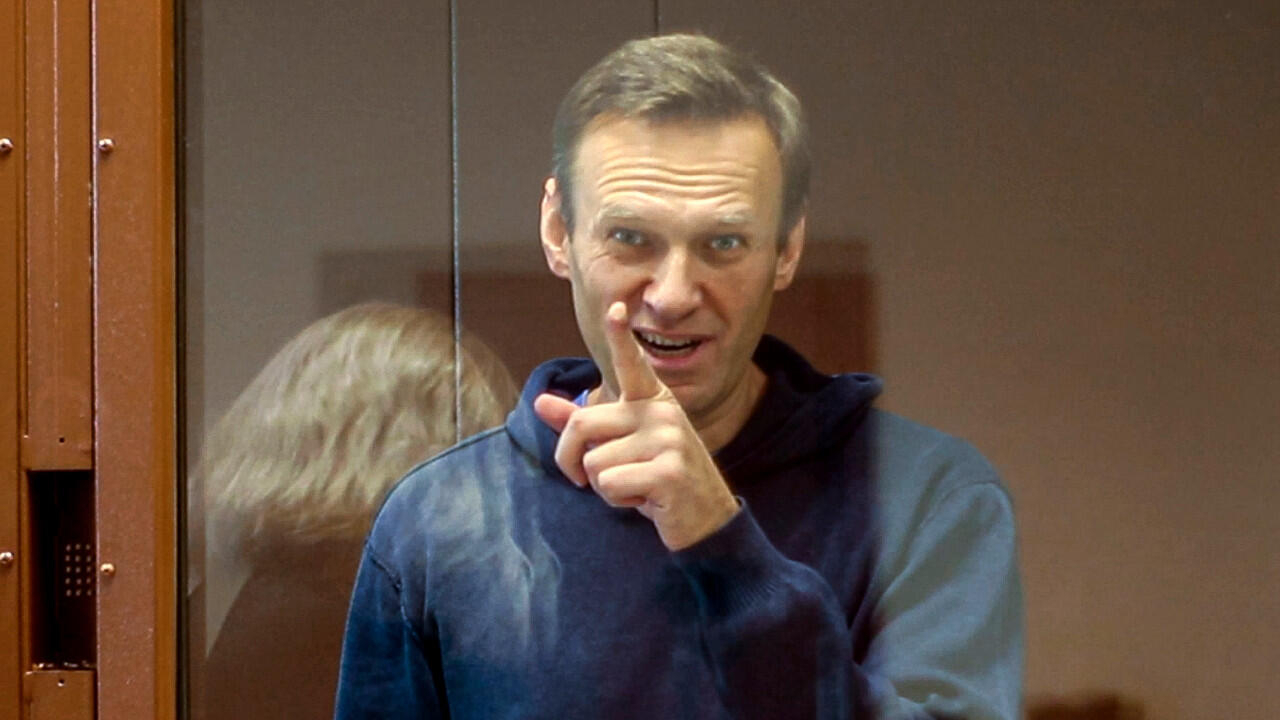 President Vladimir Putin’s most prominent opponent faces two court decisions on Saturday that could seal a judge’s ruling to jail him for several years, after he returned to Russia following a poisoning attack.

A Moscow court is due to rule on Alexei Navalny‘s appeal against a decision this month to imprison him for nearly three years for violating the terms of a suspended sentence on embezzlement charges.

Should Navalny win his appeal Saturday, his victory could still be short-lived.

Prosecutors in a separate trial have called for him to be fined the equivalent of $13,000 for calling a World War II veteran a “traitor” on Twitter last year, with a verdict also expected Saturday.

They have also asked Navalny to be jailed on the same fraud conviction, saying his tweet referencing the veteran was posted during the probation period for the suspended sentence.

Supporters of the outspoken opposition figure say the rulings and several other cases against the 44-year-old are a pretext to silence his corruption exposes and quash his political ambitions.

He was given the nearly three-year sentence on February 2 for breaching parole terms of an embezzlement conviction while in Germany recovering from the poisoning attack that very nearly killed him.

That ruling stemmed from a suspended sentence he was given in 2014 for embezzlement, a ruling the European Court of Human Rights deemed arbitrary.

The 94-year-old veteran at the centre of the defamation trial appeared in a video that was derided by Navalny for promoting constitutional reforms that passed last year and could allow President Putin to stay in power until 2036.

A series of theatrical hearings in the case ended Tuesday with Navalny asking if the judge could recommend a recipe for pickles, since it is “pointless to talk about the law” with her.

Putin came under pressure to release Navalny when he was detained on arrival at a Moscow airport in January.

The arrest sparked large protests across the county that saw more than 10,000 people detained, while the European Union threatened to impose new sanctions on Russia.

Europe’s rights court ruled this week that Russia must immediately release Navalny, in a motion swiftly brushed off by the Kremlin.

Navalny’s allies believe Russia’s non-compliance with the ruling could lead to its expulsion from the Council of Europe and exacerbate a crisis in Moscow’s ties with Europe that began with the annexation of Crimea from Ukraine in 2014.

Navalny aides in talks with EU representatives this month urged the bloc to hit people close to Putin with sanctions.

Another Moscow court this week rejected Navalny’s appeal against a fine of 3.3 million rubles (36,825 euros, $44,649) that he was ordered to pay a catering company in another defamation lawsuit.

Those charges were levied at the opposition figure by businessman Yevgeny Prigozhin, nicknamed “Putin’s chef” because his company Concord catered for the Kremlin.

The 59-year-old businessman, who is under US and European sanctions, has two pending cases against Navalny that will be considered in March.