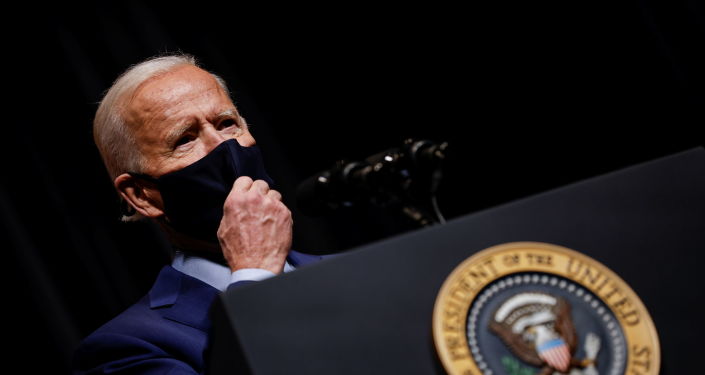 We currently face several radical problems. But we’re not likely to rise to the challenge, because the Biden administration’s adherence to the Democratic Party’s cult of militant moderation ensures that their proposed solutions will mitigate these grave issues—at best—with zero chance of avoiding disaster.

There is a time and a place for tweaks and minor adjustments. You don’t amputate a leg to cure a sprained ankle. Extreme situations require going big; if your oncologist suggests removing half your tumour and then waiting to see how it goes, fire her.

Our planet has cancer. Exponentially growing and increasing temperatures have killed most of the world’s reefs and threaten widespread food shortages and thus political stability. Garbage, toxins, and other pollution are clogging the oceans and poisoning the air. We can debate the specifics but when studies predict the possible collapse of human civilisation within 30 years and “a ghastly future of mass extinction”, environmental degradation has obviously become a radical problem.

Despite calling climate change “the number one issue facing humanity”, Joe Biden clearly doesn’t grasp the seriousness of the situation. His plan aims to achieve net-zero carbon emissions by 2050, the same year his plan calls for the elimination of fossil fuels. Grant him this: his plan is achievable. If human civilisation vanishes, who in the hellscape will be left to burn fossil fuels?

Biden’s approach to the climate change crisis recalls my metaphorical oncologist, the one who counsels half-measures. Ban fracking on federal lands though most oil and gas comes from elsewhere. Improving fuel economy standards; Detroit is moving quickly to an all-electric car future anyway. Seal off leaking oil and gas wells. It’s good stuff. It moves in the right direction. But it’s like taking out half the tumour. Half of it is still inside you, multiplying.

You could even argue that Biden is making things worse. Democrats are breathing a sigh of relief that Trump, a science denialist who wants to mine coal even though energy companies do not, has been replaced by a president who acknowledges the issue. But Biden’s half-measures are no likelier to fix the problem of rising temperatures fuelled by greenhouse gas emissions than Trump’s overt sabotage. Catastrophe is inevitable either way.

From geoengineering to synthetic trees that absorb carbon dioxide more efficiently to whitening the surface area of the Earth to reflect the Sun’s rays to actively promoting algae blooms, science offers a number of Hail Mary passes that might stave off environmental apocalypse. Many sound wacky. They might be counterproductive. But at least they’re radical. Which means that, unlike tweaking MPGs, they might work.

The COVID-19 pandemic reiterated what anyone who ever gets sick has long known: America’s healthcare system is hobbled by rapacious for-profit insurance companies. I have a “silver plan” (Anthem BlueCross BlueShield) purchased via New York State’s Affordable Care Act marketplace. When I arrived at the hospital two weeks ago for a hernia repair operation that I definitely needed—I was losing feeling in my upper legs—I was informed hours before surgery that I would have to cough up $6,500 between the deductible and the co-pay. I am due for a colonoscopy but now I can’t afford one. And I’m relatively lucky; I’m not one of the one out of four Americans who routinely skip seeing a doctor because they are too poor.

As with climate change, healthcare in the United States is a radical problem in need of a radical solution. Studies consistently show that Americans rank last or close to last among industrialised nations in terms of access to medical care, quality of care, and cost. Average life expectancy in the United States has been falling over the last three years—a radical reversal of 20th century trends that recalls Russia after the collapse of the Soviet Union. Nothing Biden has in mind would put us where we belong: number one.

Biden’s moderate sales pitch famously defeated Bernie Sanders, for whom a major platform plank was Medicare for All. During the campaign Biden repeated Obama’s 2008 pledge to add “a public option” to Obamacare (Obama reneged). But the scheme recently unveiled by the White House downplays the public option and would allow Americans to spend up to 8.5% of their annual income on healthcare.

The average young person graduates from college with over $32,000 in student loan debt. Default rates hover around 10%; even bankruptcy doesn’t allow people to discharge these debts. Hobbling our best and brightest minds shrinks the consumer economy and discourages entrepreneurship. Yet Biden only wants to forgive up to $10,000 — and it doesn’t seem to be a top legislative priority. Even if he gets what he wants, the problem will remain extreme.

According to the Economic Policy Institute, the US labour market is 9.9 million jobs smaller than pre-pandemic levels. New York City alone lost 1 million jobs to the COVID-19 lockdown. Millions of families face destitution, eviction, or foreclosure. By any measure, this is a huge problem that could slow recovery for a long time. Biden’s solution is a one-time payment of $1,400. Better than nothing, but a rounding error compared to what would be required to keep people in their homes while they’re waiting for employment opportunities to return.

As Democrats bask in the glow of impeaching Donald Trump for a second time with some bipartisan support, they may want to consider how he got elected. Desperate workers in flyover country suffered from deindustrialisation for years. It was a radical disruption. But Democrats ignored them, exacerbated the problem with poorly-written free trade agreements or satisfied themselves with half-measures.

Ted Rall, political cartoonist, columnist, and graphic novelist, is the author of “Political Suicide: The Fight for the Soul of the Democratic Party”. You can support Ted’s hard-hitting political cartoons and columns and see his work first by sponsoring him on Patreon.