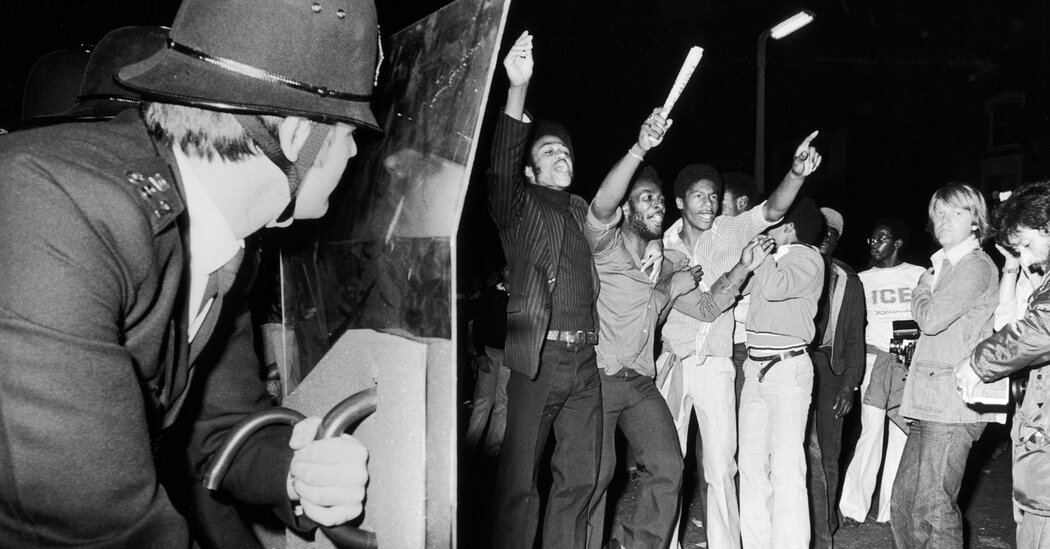 These laws are no longer on the books but public expressions of Black joy are often still rigorously and, some argue, disproportionately policed. After Mayor de Blasio took office and pledged an end to the “stop and frisk” policing strategy, he appointed Mr. Bratton as police commissioner, one of the architects of the strategy. Mr. Bratton, for starters, led a crackdown on the subway systems “Showtime” dancers, groups of mostly Black teenagers who perform dance routines in subway cars.

Images from last summer’s Black Lives Matter protests reveal again the uneasy relationship between Black gatherings and the officers who police them. Photos of officers kneeling by day were replaced by videos of arrests and kettling at night. A similar dynamic exists at events like the West Indian American Day Parade and, in particular, J’Ouvert, which happens in the early morning hours.

At a debate in Brooklyn in 2017, Yvette Rennie, the founder of J’Ouvert International, pointed out that violence is not a J’Ouvert problem; J’Ouvert festivals take place without incident in sites around the world. “I hope the conversation will continue to be crime in Brooklyn instead of my culture being targeted,” she said.

The protests against police violence in recent years have focused on the ways police end Black lives. But as the history of policing at Black gatherings shows, there are also nonlethal ways of using excessive policing to diminish Black people’s lives.

The first Caribbean Carnival in London was organized by Claudia Jones in 1959 after a year of protests against oppressive policing. Following 2020 — a year of calls to re-examine methods of policing and redistribute resources in ways that might prevent, and not merely punish, violence — is it time to reconsider the way that police patrol these events and the way that we talk about the need for policing? Especially given that these events were specifically founded to let Black people gather, celebrate and feel free.

Mychal Denzel Smith is the author of “Stakes Is High,” winner of the 2020 Kirkus Prize in Nonfiction. He is a Puffin fellow at Type Media Center and distinguished writer-in-residence at Hunter College.

In pictures: Looking back at Trump on the world stage.

Russia Says One Dose of Sputnik Vaccine May be Enough